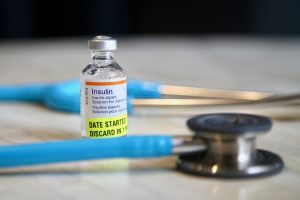 The study performed at Stanford Medicine found that insulin resistance is a common yet silent condition affecting at least 1 in 3 people. This condition can be due to various reasons including excessive caloric intake, lack of exercise, stress, or not getting enough sleep.

The way the condition occurs differs from type 1 diabetes in that it’s the decreased ability of cells throughout the body to respond to insulin that causes them to absorb less energy.

As for depression, 1 in 5 American’s experience major depressive disorder during their lifetime. Symptoms of the disorder can include sadness, despair, sleep disturbances, and loss of appetite. Factors that may contribute to it are childhood traumas, the loss of a loved one, or even the stress of the COVID-19 pandemic.

The study published in American Journal of Psychiatry was part of a multi-institutional collaboration started in 2015. The scientists obtained data from more than 3,000 participants to learn more about the causes and consequences of depression.

The Stanford team analyzed data from 601 men and women who had never been troubled by depression or anxiety. The team also measured three proxies of insulin resistance: fasting blood glucose levels, waist circumference, and the ratio of circulating triglyceride levels, comparing them to circulating high-density lipoprotein (HDL, known as “good” cholesterol).

Data was cross-referenced to see if any of the participants found to be insulin-resistant had a higher risk of developing a major depressive disorder. By all measures, the answer was “yes.” It was found that a moderate increase in insulin resistance, as measured by the triglyceride-to-HDL ratio, was linked to an 89% increase in the rate of new cases of major depressive disorder.

The researchers concluded the study with one bottom line: Insulin resistance is a serious risk factor for health problems, including not only type 2 diabetes but also depression.

“It’s time for providers to consider the metabolic status of those suffering from mood disorders and vice versa, by assessing mood in patients with metabolic diseases such as obesity and hypertension,” said study lead Natalie Rasgon, MD, PhD. “To prevent depression, physicians should be checking their patients’ insulin sensitivity. These tests are readily available in labs around the world, and they’re not expensive. In the end, we can mitigate the development of lifelong debilitating diseases.”