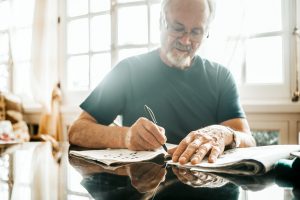 According to a new study, adults over the age of 65 who have been diagnosed with Alzheimer’s disease or dementia are twice as likely to die from suicide compared to older adults who do not suffer from dementia. This risk was shown to be particularly elevated in the first 90 days following a dementia diagnosis.

With a growing geriatric population and a continued increase in suicide rates for aging adults, this study helps shed light on an overlooked aspect of caring for older people with dementia.

For the study, researchers from Columbia University, University of Michigan, University of Pennsylvania, and the VA Ann Arbor Healthcare System in Michigan studied the records of 2.66 million older adults.

The study authors stress the need for a more thorough assessment of patient needs. Any pre-existing mental health disorders should be actively managed. Caregivers also need more access to more referrals and support.

“In addition to suicide risk screening and additional support at the time of receiving a dementia diagnosis—particularly older men and older adults living with chronic pain and mental health or substance use disorders—a takeaway message of this study is lethal means restriction and safety counseling may be appropriate with patients and caregivers, particularly safe storage or removal of firearms and certain medications,” said Timothy Schmutte, the paper’s lead author.

The Reason behind Suicide

Previous studies have shown that depression and anxiety are more likely to occur early during dementia, which may drive suicidal thoughts. Other research suggests delusions as a suicide risk factor in dementia. In this study, all the participants with dementia who attempted suicide had delusions as their primary cause of suicide.

Researchers hope this study will raise awareness and promote early detection in adults who are at risk for suicide. With a rapidly increasing aging population and a high number of dementia cases, studies on the effects of dementia are imperative. Many risk factors often don’t get the attention they deserve.