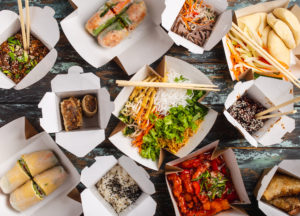 According to a new study, adults with inflammatory bowel disease should avoid certain foods to reduce symptoms. Researchers in the Institute for Biomedical Sciences at Georgia State University have found that foods such as French fries, cookies, soda, cheese, and energy drinks are some of the “junk foods” that have appeared in diets of those with inflammatory bowel disease showing a relationship between an unhealthy diet and the disease.

A Group of Disorders

An inflammatory bowel disease is a group of disorders in which the intestines become inflamed. It affects three million U.S. adults and includes two types of conditions including Crohn’s disease and ulcerative colitis. Common symptoms of inflammatory bowel disease include persistent diarrhea, abdominal pain, rectal bleeding or bloody stools, weight loss, and fatigue.

“While foods typically labeled as junk food were positively associated with inflammatory bowel disease, we found the eating patterns of people with and without this disease to be very similar,” said Dr. Moon Han, the study’s first author. “However, it’s unclear whether the survey results reflect a potential change in the food intake of people with inflammatory bowel disease long before the survey was conducted.”

The study did find that French fries were consumed by a greater number of people with inflammation in the gastrointestinal tract, and they also ate more cookies and cheese compared to those who did not have the disease. A lower consumption of fruit juice was also found to have a link to those with inflammatory bowel disease.

To understand the role of food intake in inflammatory bowel disease risk and prevalence, researchers warn that many more studies are needed. It is important to explore environmental factors, food processing, and potential bioactive food components that could induce intestinal inflammation and increase susceptibility to disease.

Elimination diets are often recommended for those with any gastrointestinal problems to help find which foods can cause discomfort or make symptoms worse. Inflammatory bowel disease is no different. Until studies are able to identify exactly which foods could affect those with the disease, an elimination diet could help ease symptoms.
After each meal, record how the body reacts and if there is any pain or discomfort. This can help identify any problem foods and help to reduce the number of symptoms related to inflammatory bowel disease.