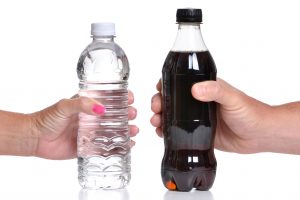 Those with rheumatoid arthritis (RA) may have adverse effects after consuming foods with added sugar. A recent study found that foods high in sugar could increase RA symptoms, such as joint pain and swelling.

While this may be a recent study, the link between sugar and RA is nothing new. Many people assume that the autoimmune disorder is something that doctors are only recently seeing in patients, but Western doctors actually recorded it in the late 19th century. It is no coincidence that this was also when sugar became widely available to the public. Along with cases of RA, tooth decay and gum disease were also first noted.

How Sugar Interacts with Rheumatoid Arthritis

People with RA have been found to have proteins in their body called anti-citrullinated protein antibodies (ACPA). These proteins can cause the inflammation that triggers RA, and experts believe that sugar can tell the body to make ACPA, which will make symptoms worse.

Multiple studies have found that by simply removing sugar from a diet, patients have lost weight and found a reduction in RA symptoms. Avram Goldberg, MD, suggests, “If you do find that sugary foods seem to make your RA symptoms worse, then you should keep them to an absolute minimum.”

One of the easiest ways to cut out a large portion of sugar from a diet is to avoid sugary drinks. Many people don’t realize how much sugar is hiding in a simple beverage, but they are the biggest contributors of sugar in the American Diet. One study found that women who consumed one sugar-sweetened soda a day were about 60% more likely to get RA than women who drank less than one a month.

Knowing what you are eating and learning how sugar is hidden in food will keep sugar intake to a minimum. By reading food labels carefully and checking the nutrition label, you can keep track of the amount of sugar in each serving. Doctors recommend those with RA keep added sugar intake to less than 5% of your total daily calories.

By changing some food habits and keeping track of sugar intake, those who have RA may be able to reduce symptoms associated with the autoimmune disease. It is important to remember that rheumatoid arthritis is a chronic inflammatory disorder, so anything that creates inflammation in the body can make the symptoms worse, such as sugar.