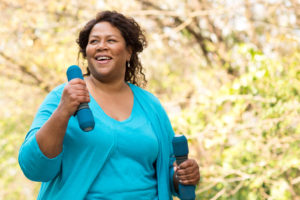 Exercise is an important factor when it comes to mental health and getting a good night’s sleep. The connection between physical and mental health has been known for a long time, but new research has found a link that incorporates sleep quality as well.

As the world began to shut down due to the pandemic, researchers at NTNU decided it would be an ideal time to conduct a survey among members of Kondis, a Norwegian fitness training organization. The overall goal of the survey was to establish whether participants had changed their exercise habits due to the lockdown and if they any changes in their mental health or sleep.

“Not surprisingly, we found that the incidence of anxiety and depression is significantly lower in this relatively fit sample than among other people. And this was the case despite the fact that we conducted the survey in the middle of the toughest part of the COVID time,” says Linda Ernstsen, an associate professor who was involved in the study.

Although it is known that exercise affects mental health, this study offered some surprises when it came to a sleep connection. Many participants reported that they had changed their exercise habits this past spring once the COVID-19 pandemic set the world into a lockdown.

It was reported that overall, there was an increase in exercise performed by the participants since people were encouraged to avoid public spaces and stay home. It seemed as though many participants used some of their newly found free time on exercise.

Previous studies have found that generally, active people suffer less with depression and anxiety compared to those who are less physically active. However, there are some who do still get depressed and anxious. The participants of the Kondis study had reported that when the pandemic struck this past spring, many of them changed their training habits, regardless of whether they were struggling with mental health.

Researchers were surprised to find that once the participants had changed their exercise routine, their sleep quality was not affected.

“We thought the connection between mental health and sleep problems would be more pronounced in people who changed how much they exercised. But we found no differences,” says Ernstsen.

As people who are depressed and anxious consistently sleep less well than others, it is not surprising that sleep issues were still a problem even with improved physical fitness. However, if exercise is able to lower the risk of depression and anxiety, this should have an effect on sleep.

This study was able to find the connection between sleep, mental health, and exercise, but more research is needed to investigate what leads to what. Participants from this study have been invited back to take the survey again after six and twelve months to analyze changes over time and get a better understanding of the relationship between exercise, sleep, and mental health.