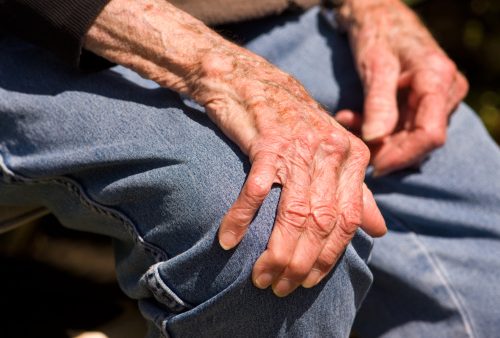 With all of the fierce anti-smoking campaigns that have been sweeping across North America in the past twenty years, most of us are aware of the harmful effects of tobacco and nicotine.

Nicotine is a chemical produced in the roots and leaves of plants in the nightshade family (such as eggplants, potatoes, peppers, tomatoes, cauliflower, etc), acting as a natural insecticide to protect the plants from scavenging insects. In humans, nicotine acts a stimulant and an addiction-forming chemical in tobacco.  “Nicotine addiction has historically been one of the hardest addictions to break,” says the American Heart Association, and is blamed for mass increases of cardiovascular disease, strokes and cancer.

However, while smoking nicotine has definitely been established as something negative to our health, a study recently published in the Annuals of Neurology has shown that perhaps we should have been eating it instead. The research found that eating foods from nicotine-producing plants (known as Solanceae) could lend us significant protection from debilitating diseases such as Parkinson’s disease.


What is Parkinson’s disease?

Parkinson’s disease is a neurodegenerative brain disorder that slowly progresses in most individuals, resulting from a loss of brain cells that produce dopamine. While there are many symptoms of Parkinson’s disease, there are four main motor symptoms associated with the disease, including: shaking (tremor) at rest, slow movement (bradykinesia), stiffness of the trunk, upper and/or lower limbs, and trouble with balance (postural instability).

Parkinson’s disease is not fatal; however, major complicated arise from this disease, and sufferers find it difficult to perform regular, every-day activities.  At the present time, there is no cure for Parkinson’s disease. In the meantime, researchers continue to look for ways of managing symptoms, as well as preventative strategies that can protect people from developing this debilitating disease.

Previous research has already shown promise regarding an association between tobacco and reduced incidences of Parkinson’s disease.  However, these studies were not able to pinpoint whether this relationship is due to actual nicotine, or whether it is due to another tobacco component. This recent study set out to discover the specific effects of nicotine containing foods, such as peppers, tomatoes and potatoes,  on the development of Parkinson’s disease.

Susan Searless Nielson, PhD., and her colleagues looked at 490 newly diagnosed patients with Parkinson’s disease and 644 neurologically healthy individuals.  The participants were given questionnaires that investigated their self-reported consumption of peppers, tomatoes, tomato juice, and potatoes during adulthood.  Other factors such as consumption of other vegetables, age, sex, race, tobacco use and caffeine use were also controlled for.

It’s also interesting to note that the researchers found that the protective effects of nicotine foods were seen mainly in men and women who had little or no history of smoking.

While more research is needed to understand the implications from this study more fully, it opens up hopeful doors towards future dietary and natural preventative measures that can be developed in the face of this debilitating disease.