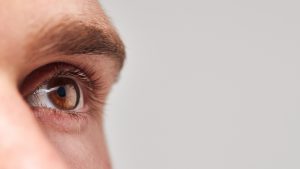 Most people only think of a stroke affecting the brain, but they can also affect the eyes. A rare form of acute ischemic stroke called central retinal artery occlusion (CRAO) occurs when blood flow is blocked from the eye’s main artery.

CRAO is a cardiovascular event that many health care professionals misdiagnose as an eye problem. Although it is less common than a stroke affecting the brain, it is still a critical sign of ill health that requires immediate attention. CRAO is a warning sign of other vascular issues, so ongoing checkups are critical to prevent a future stroke or heart attack.

A new scientific statement released by the American Heart Association published in Stroke reports that CRAO can cause painless, immediate vision loss in the impacted eye. Typically, fewer than 20% of people regain functional vision in the eye.

For the statement, a comprehensive review of world literature was analyzed from committee members in the specialties of neurology, ophthalmology, cardiology, interventional neuroradiology, neurosurgery, and vitreoretinal surgery. It was found that this type of stroke can be caused by problems with carotid arteries, the blood vessels in the neck.

Evidence was also found to suggest that CRAOs could be caused by problems with the heart, such as atrial fibrillation, which is the most common irregular heart rhythm.

Signs of CRAO Not Recognized

Many practitioners may not recognize CRAO as a form of stroke. This can result in patients receiving delayed testing and treatment. “We know acute CRAO is a medical emergency requiring early recognition and triage to emergency medical treatment,” said Brian C. Mac Grory, chair of the statement writing committee. “There is a narrow time window for effective treatment of CRAO and a high rate of serious related illness. So, if a person is diagnosed in a doctor’s office or other outpatient clinic, they should be immediately sent to a hospital emergency department for further evaluation and treatment.”

One current treatment available for CRAO includes intravenous tissue plasminogen activator (tPA), a “clot buster” that is also used to treat brain strokes. But it must be administered within 4.5 hours of the first sign of symptoms to be most effective and safe.

Medical attention should be sought out at the first sign of a vascular event, including having trouble with eyes that may suggest CRAO. This could allow for immediate treatment and may also help to prevent future stroke or heart attacks. Ongoing screening should also continue after an event and should be a collaborative effort between neurologists, ophthalmologists, cardiologists, and primary care clinicians.

The risk of CRAO can increase with age, especially in those with a presence of cardiovascular risk factors such as hypertension, hyperlipidemia, type 2 diabetes, obesity, and smoking. So, risk factor modifications, including lifestyle changes, are highly recommended.