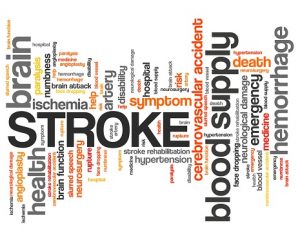 When blood can’t reach vital organs it can lead to many health consequences. When blood flow is limited in the brain it can result in a stroke. The more the brain goes without the oxygen and nutrients our blood carries, the more likely it will result in permanent brain damage.

Blood is like gasoline for the body. If your brain is the engine and blood can’t reach it, it can’t perform its function. Blood flow to the brain can become limited because of a blockage (ischemic stroke) or a blood vessel bursting (hemorrhagic stroke). Strokes can also be mild and last less than 24 hours; this is referred to as a transient ischemic stroke – or TIA.

A stroke can result in many lasting effects depending on which part of the brain lost blood flow. For example, mobility may be compromised, or speech may be affected. But research is showing that stroke can have lasting effects on memory as well.

How stroke may cause memory loss, cognitive decline 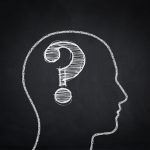 Researchers at the University of Michigan Health System recently published a study in the Journal of American Medical Association. They uncovered that cognitive decline occurs over time in those who experienced a stroke.

Data was analyzed from 23,572 Americans aged 45 and older. Before participating in the study, the people had no prior history of cognitive impairment. Tests were conducted in regards to their memory and thinking skills.

Over the course of six to 10 years, 515 participants experienced a stroke. Their results were then compared with those who did not experience a stroke.

What researchers found was cognitive decline among the group who had experienced a stroke. This affected their ability to learn, global cognition and verbal memory. These aspects continued to decline over the years.

What is not fully understood is if the cognitive decline is a result of poor rehabilitation post-stroke, or a result of brain injury. The study suggests that a better follow-up for stroke survivors needs to be done.

A silent stroke can cause damage, even if it’s not as noticeable. Silent strokes are quite common. It is estimated that one-third of adults over 70 experience them, according to Harvard.

Researchers believe the effects of a silent stroke over time can accumulate resulting in cognitive decline. A study published in Neurology revealed the effects on memory from a silent stroke. Individuals in the study had no prior history of dementia. MRI scans were used to track any interruptions in blood flow to the brain.

Among the group of 650 people, 170 of them showed areas of dead tissue. Of the 170, only 66 reported symptoms of a stroke. These individuals also experienced memory problems.


Factors that result in stroke 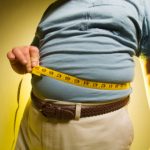 The best way to protect yourself from cognitive decline is to prevent stroke. There are many contributing factors that can result in a stroke. Some of these include:

Notably, you can control some of these factors. If you’re a man over the age of 55 you should be more proactive in taking the necessary steps to prevent a stroke. If your family history includes stroke, make sure you eat well, don’t smoke and exercise to reduce your risk.

If you believe someone is having a stroke, think FAST.

F – Face: Is it drooping? Can they smile?
A – Arms: Can they lift their arms?
S – Speech: Can the person recite a simple sentence?
T – Time: If other signs are present, time to call 911.

Experiencing a stroke might limit many abilities, memory included. This is why it’s of upmost importance to prevent the onset of one. Healthy lifestyle habits can work to prevent a stroke and knowing the signs can save someone’s life.

Look for these signs to spot a stroke

Unusual signs of stroke in women