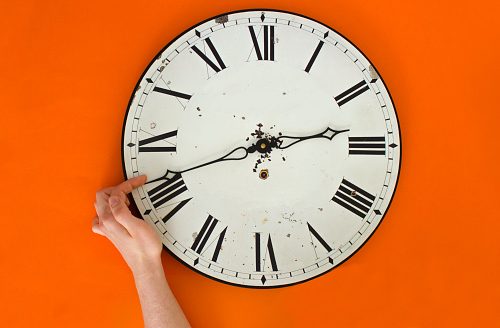 As the clock turns back – known as daylight saving time – a spike in strokes is often seen in high risk individuals. Finnish researchers explored decade’s worth of data and found higher incidences of stroke up to two days after daylight saving time, compared to when the clocks change forward.

According to the researchers, it is known that a change in our body’s circadian clock is associated with a higher stroke risk. Circadian rhythm is the shift in the body’s biological processes, occurring over the course of 24 hours and heavily dependent on the light and darkness.

There are many reasons as to why a person’s circadian rhythm may be altered, including shift work and insomnia.
Dr. Andrew Lim, a neurologist at Sunnybrook Health Sciences Center, commented on the study, “Sleep is associated with many physiological changes that are normally thought of as being relatively protective against stroke, like lower blood pressure.”

Seniors with cancer were at highest risk, as they were 20 to 25 percent more likely to suffer an ischemic stroke post-daylight saving time.

Researcher Dr. Jori Ruuskanen does not believe that the time change causes stroke but, “This probably means that any ‘extra’ strokes occurring after the daylight saving change would otherwise have occurred some time later.”

Dr. Lim agreed, adding, “In the big scheme of things, the increase in risk is small and transient and the effect of other factors, such as managing blood pressure, is more important.”

“It may be generally helpful to adjust gradually to daylight saving time rather than all at once,” said Dr. Lim.

Dr. Ruuskanen concluded, “If we, in our country, abandoned daylight saving time and, in a follow-up of several years, saw that the small increase in stroke incidence disappears, it would make a strong argument that it actually is the clock change that raises stroke risk.”