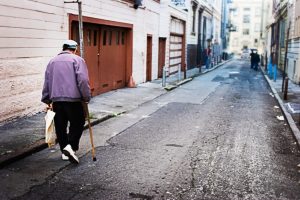 A new study has found that people living in poorer areas have a higher risk of stroke, compared to those in wealthier neighborhoods. The study included nearly 25,000 Americans with no prior history of stroke. During the follow-up of over seven years, 929 of the participants had a stroke.

The researchers found that men and women, regardless of race, had a higher risk of stroke if they lived in lower income neighborhoods. The results still remained significant even after accounting for other risk factors for stroke.

The findings can be possibly explained by the fact that people living in poorer areas are more likely to smoke, compared to their counterparts in wealthier areas. Poorer neighborhoods also have higher rates of high blood pressure and diabetes, which can contribute to stroke risk, too.
Study author Virginia Howard explained, “Many social and behavioral risk factors, such as smoking and physical inactivity, are more prevalent in the less advantaged neighborhoods.”