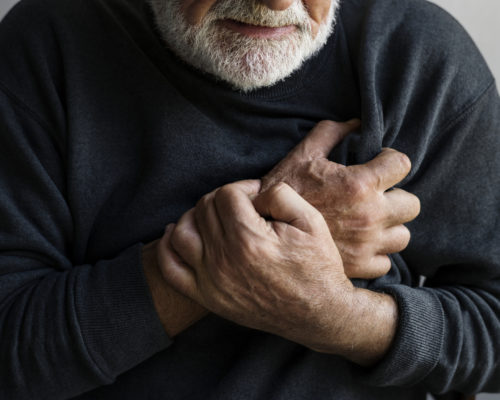 Stress can be caused by various factors including financial woes, relationship issues, work pressure, illness, or even natural disasters. For heart attack survivors, traditional stress tests are often used to check blood flow to the heart and gauge the risk of heart problems.

However, for this study, researchers at Emory University sought to investigate whether myocardial ischemia (when blood flow to the heart is reduced such that the heart muscle doesn’t get enough oxygen) induced by mental stress was connected with heart health including heart attack. The mental stress tests were then compared to conventional stress tests brought on by exercise.

It was found that among the 306 young and middle-aged individuals who took part in the study, those who had experienced myocardial ischemia with mental stress had a two-fold higher likelihood of having another heart attack or dying from heart disease compared with those who did not have cardiac ischemia induced by mental stress.

All participants in the study had been hospitalized for a heart attack in the previous eight months. All were recruited in the Atlanta metro area and represented a diverse group of patients; half were women and 65% were African American.

Viola Vaccarino, MD, Ph.D., Wilton Looney Professor of Cardiovascular Research in the department of epidemiology at Emory University Rollins School of Public Health in Atlanta, and the study’s principal investigator said, “In our study, myocardial ischemia provoked by mental stress was a better risk indicator than what we were able to see with conventional stress testing. This is the only study of its kind in this relatively young adult population of heart attack survivors.”

“This data points to the important effect that psychological stress can have on the heart and on the prognosis of patients with heart disease. It gives us tangible proof of how psychological stress, which is not specifically addressed in current clinical guidelines, can actually affect outcomes.”

An interesting tidbit that Vaccarino has found is that ischemia with mental stress and conventional stress were not strongly related to each other, suggesting that they occur through different pathways.
“This points to the fact that stress provoked by emotions has a distinct mechanism of risk for heart disease and its complications compared with physical stress,” she said.

More research is needed, but this study can help physicians understand the risks of additional heart attacks on those under significant mental stress. As more research becomes available, strategies to identify the best stress management interventions for these patients will present themselves.