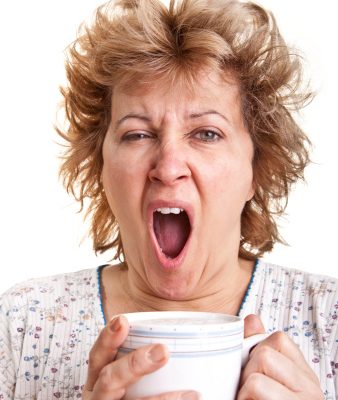 If someone yawns when you are having a conversation with them your first inkling could be to take offense. We have been conditioned to learn that yawning can mean a couple of different things. One of those things is boredom, and the other, that the yawning person simply needs a little more sleep. But one things that you might not know, is that yawning means something else too. Something that is you wouldn’t suspect.

Scientists were pretty quick to discover that yawning has somewhat of a domino effect, or “contagious” even. Chances are, just because the idea is in your head, according to science, reading this article about yawning could trigger a couple just by association. This connection can mean that the person isn’t necessarily in need of sleep, or tired, but rather that they are empathetic to the idea of yawning because it’s in front of them, and it’s a sign that your stress levels are low, too. This goes against the sleep theory a little.

What Takes This Low -Stress No Sleep Yawn Theory Further?

There is now research that takes this theory of yawning for empathy, or on a contagious level to a new level. Researchers say that rather than yawn when people are feeling stress, or anxiety, they tend to do so when they feel comfortable, or at ease, which means that people are more likely to be yawning around people they like, or people they are most comfortable.

These findings should that the act of yawning not only happens when you feel low stress, but also that you possibly share feelings with people who are close to you, hence feeling more comfortable and low stress, which explains the yawning.

The main study worth mentioning came out of the Institute of Cognitive Sciences and Technologies in Rome. This particular study watched a wide variety of people, of many different nationalities in a number of environments with varying types of people. All of the variables were noted, and scientists noticed that contagious yawning seemed to happen when the participants were closely bonded.

RELATED READING: How Much Sleep is Too Much?

The act of yawning isn’t a simple one that just means you are tired and need some more sleep (although it could). It involves many different brain regions which are related to movement, imitation and empathy. The brain networks of the person who witnessed this act by a friend or close family member might be triggered to yawn using the same brain trigger response.