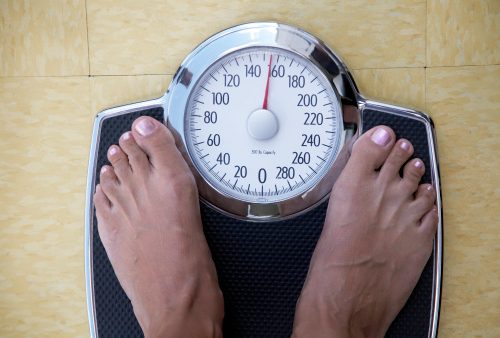 As we accumulate more fat the body produces a protein that inhibits our ability to burn fat – this can make weight loss far more difficult. The findings may better help understand obesity and find ways to promote successful weight loss in those who are obese.

Researchers examined mice lacking the gene that produces sLR11 and found they have greater difficulty losing weight. When mice, and humans, switch from low-calorie diets to high-calorie diets there is a metabolic rate switch, but this switch did not occur in the mice that lacked the gene.

The researchers uncovered that the protein that should be active in brown fat was actually active in white fat, which is normally used to store fat. After a high-fat feeding the mice were seen to be more energetic and thermogenic.

The sLR11 protein binds specifically to receptors on fat cells to activate thermogenesis. The protein then acts as a signal to increase efficiency of fat to store energy and prevent excess energy loss.

When sLR11 was examined in humans, researchers found protein circulating in the blood correlated with total fat mass. When obese patients underwent bariatric surgery, post-surgery weight loss was correlated with reduction in sLR11, which reveals the protein is produced in the fat cells.

Targeting thermogenesis is of growing interest to not only treat obesity, but other conditions such as diabetes and heart disease as well. Molecules have already been identified, which can increase thermogenesis and/or the number of fat cells that have the capability for thermogenesis.

First author, Dr. Andrew Whittle, said, “Our discovery may help explain why overweight individuals find it incredibly hard to lose weight. Their stored fat is actively fighting against their efforts to burn it off at the molecular level.”

Team leader, Professor Toni Vidal-Puig, added, “We have found an important mechanism that could be targeted not just to help increase people’s ability to burn fat, but also help people with conditions where saving energy is important such as anorexia nervosa.”

Jeremy Pearson, who helped fund the study, concluded, “This research could stimulate the development of new drugs that either help reduce obesity, by blocking the action of this protein, or control weight loss by mimicking its action. Based on this promising discovery, we look forward to the Cambridge team’s future findings.”