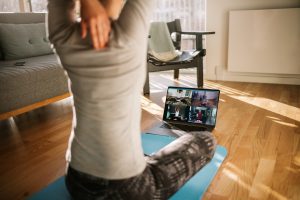 As more people are diagnosed with hypertension in the US, health care workers are looking for more ways to reduce the risks associated with the condition. A new study shows that young adults can reduce their risk of developing high blood pressure by stepping up their exercise routine.

Current guidelines indicate that adults should perform a minimum of two and a half hours of moderate-intensity exercise each week. However, this new study from the UCSF Benioff Children’s Hospital reveals that upping the amount of activity to five hours a week may protect against hypertension. These recommendations show promise, especially if it is sustained in one’s thirties, forties, and fifties.

The study published in the American Journal of Preventive Medicine followed approximately 5,000 adults aged 18 to 30 for a total of 30 years. Participants were required to report their exercise habits, medical history, smoking status, and alcohol use. Weight and blood pressure were monitored, along with cholesterol and triglycerides.

The study conclusion ended up being divided by race and gender. Black men were found to be the most active, exercising slightly more than white men and significantly more than black and white women.

However, at the age of 60, black men’s exercise level significantly dropped more than white men and slightly more than women. Of the four groups, Black women had the least exercise throughout the study period.

The results for white men in their twenties and thirties stabilized at around age 40. White women’s exercise habits dipped in their thirties and remained constant to age 60.

This study outlines the importance of exercise in the fight against hypertension in older age, as it can lead to heart attack, stroke, and dementia later in life. Teenagers and those in their early twenties are normally physically active, but those patterns change with age. It is essential for health care providers to advise patients to continue exercise patterns during adulthood.

Exercise is essential to help reduce the risk of many types of illness and disease. Hypertension is just one condition that can be minimized if people continued to exercise above the recommended guidelines in midlife.