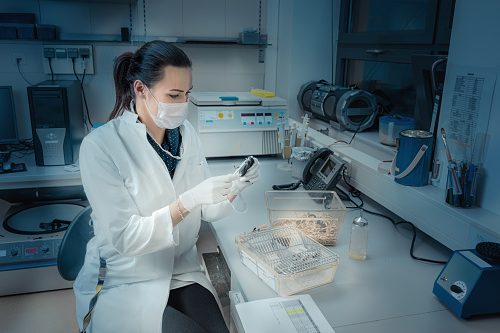 Menopause is commonly associated with women in their early 50’s, but it can also occur much earlier, affecting women before the age of 40. This is called premature menopause and may be linked to genetics, illness, or medical procedures. These women go through all the symptoms that the average menopausal woman goes through, such as hot flashes, mood swings, and other symptoms. But, they usually deal with more emotional and physical concerns as it means an early end to their fertile years. However, new research in stem cell therapy may provide a solution to premature menopause.

It was previously discovered that there are stem cells in adult female rodents and humans that produce eggs. Stem cells are a class of undifferentiated cells that are able to differentiate into specialized cells types, and in this case, into eggs used to produce offspring. Previous experiments in transplanting these stem cells into mice with premature ovarian failure have produced offspring with no observable genetic malfunctions.

Premature menopause is rare but incurable

Premature menopause affects nearly 200,000 women in the United States per year. While the condition is rare, it is incurable, but can be treated with hormone supplements.

“The results are exciting because it’s not easy to get offspring from female germline stem cells derived from a single mouse,” Wu says.

The most challenging aspect this type of therapy faces is the gathering of human stem cells, as there is much controversy surrounding the issue. However, female egg-producing stem cells may be gathered from leftover cells that are often discarded in in-vitro fertilization centers.