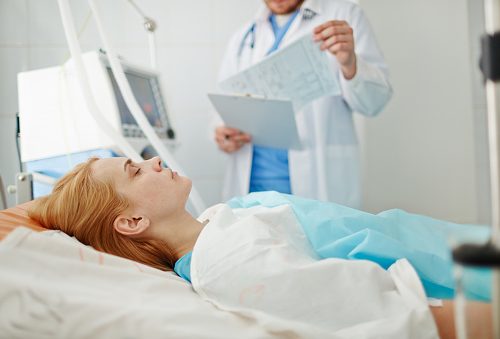 Heart disease caused nearly 25 percent of all deaths in 2008—that’s one in every four deaths. It’s the leading cause of death for both men and women in the United States and costs the country over 100 billion dollars in health care services, medications, and lost productivity every year. Heart disease is a broad term that encompasses many heart-related disorders, but one of the most devastating is suffering from a myocardial infarction or heart attack. This can end a person’s life almost instantly, but other cases see patients fall into a coma, increasing the risk of brain damage. However, a leading group of U.S. neurologists believes that they can reduce brain damage risk in coma patients through a process called body cooling.

The team believes that cooling the body should be a part of the guidelines for treating coma patients who qualify. When the heart suddenly stops beating, oxygen no longer flows to the brain, with prolongation leading to a greater risk of brain damage or death. The neurologists are confident that the risk of brain damage in cardiac arrest patients would be greatly reduced simply by placing on them cold packs or special blankets that effectively cool the blood. There also exist devices that cool blood internally inside the vessel.
Previous research provided strong evidence for widespread implementation of body cooling. Cooling the body to the range of 89.6 to 93.2 degrees Fahrenheit for 24 hours improves the chances of recovering brain function. The procedure is called therapeutic hyperthermia, and other supporting evidence has yielded similar results. An approach called targeted temperature management—keeping the body at 96.8 degrees Fahrenheit followed by rewarming to 99.5 degrees over eight hours—also improved the chance of recovering brain function.

“While there has been debate about which cooling protocol is best, our guideline found that both therapies have shown the same result. Families may want to ask their doctor if their loved one qualifies for body cooling,” said Dr. Romergryko Geocadin.

Much of the hesitation of making this standard practice comes from not knowing optimal temperatures, rates of cooling, and rewarming the body, as well as which methods work best. These are just some of the issues that need to be addressed before body cooling procedures can be widely implemented.