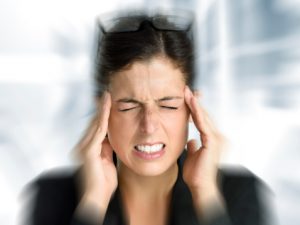 The common form of a migraine is often characterized by throbbing head pain, nausea, and a sensitivity to light and sound. There are many forms of treatment helping to relieve migraine headaches, like triptans and ergot mediation. However, these forms of treatment do not help status migrainosus sufferers, with most requiring a hospital visit to receive effective treatment.

Since status migrainosus is related to the more commonly known form of a migraine, symptoms will be similar across both, with the only difference being the duration of a headache. A regular headache typically lasts four to 72 hours with the possibility of having periods of relief that may last up to 12 hours. Status migrainosus lasts for much longer.

Status migrainosus symptoms may present with the following:

Migraines, in general, tend to have triggers – things or circumstances that increase the risk of developing an episode. It is best to identify these triggers if you have a tendency for developing intractable migraines, avoiding them as much as possible. The following are common triggers for status migraines, but some may be unique to the individual.

Causes and diagnosis of status migraine

Status migraines are believed to share the same causes as regular migraines. The World Health Organization believes that migraines have a genetic basis, and some studies have revealed that 70 percent of migraine sufferers have a family history of migraines.

Migraines have been found to be triggered deep in the brain, releasing inflammatory substances around the nerve and blood vessels of the brain. Why this occurs is still unclear.

Through the use of imaging studies such as MRIs, it has been revealed that changes in cerebral blood flow to the brain occur during ocular migraines and visual auras. But it is still uncertain if this is the cause, and not simply an association.

The diagnosis of status migraines is determined by its severe unremitting intensity, lasting more than 72 hours.

Considering that stratus migraines do not respond to commonly used migraine medications and treatment, treating this severe form of a headache can be complicated. However, traditional migraine medications will still be used. This includes the use of triptans, ergots, and non-steroidal anti-inflammatory drugs.

If proven unsuccessful, stronger pain relievers will be used. The use of suppository anti-nausea medication may also be utilized.

Because of the intensity of this severe form of a migraine, treatment often takes place in a hospital setting. This allows for the delivery of fluids and medication intravenously, the fastest methods for receiving treatment.

Types of medications that may be used include:

Prevention and tips for status migrainosus

Due to the unrelenting presentation of status migraines and treatment difficulty, the best course of action is to prevent status migraine development from occurring in the first place. This will typically come in the form of prescribed medication that will reduce migraines from occurring, and if they do still occur, they will likely be less severe and shorter in duration. These medications include:

Preventing status migraine development will also require the avoidance of various triggers and lifestyle habits. The following are some helpful suggestions that may prove beneficial:

If you are a known sufferer of status migraines, it may be worth your time to see a neurologist to get a detailed evaluation of your own unique situation. They are the best equipped to diagnose status migraines and to look deeper for any potential causes. Lastly, by adhering to your doctor’s prescribed treatments and the avoidance of triggers, you can be certain you are doing all you can to avoid this severe form of headache