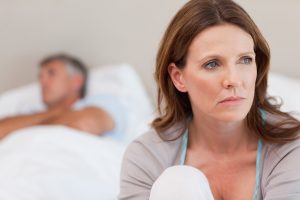 Has the sound of the telephone ever pulled you like a fish from water out of a deep sleep?

You blindly grab for the phone, mumble out a grumpy “hello” only to realize that you haven’t picked up the phone at all, but are speaking into the battery pack at the bottom of your alarm clock?

Maybe you brushed it off as just being one of the unavoidable quirks of getting older. But what may have been ignoring as a “senior moment” is a lot more common than you think. Now there is science to explain it. A new study has found this type of confusion is a real issue. Scientists have even coined it “sleep drunkenness” or in simple terms ‘waking up confused’.

Confusion and disorientation when you wake up

A report by Stanford University School of Medicine and published in the journal Neurology has shown that one in seven people have sleep drunkenness, defined as having “extreme confusion and disorientation upon waking.” The condition, more conventionally called “confusional arousal or excessive sleep inertia” is brought on when a person has been woken up suddenly during the early stages of light sleep (non- rapid eye movement sleep).

RELATED READING: New research says do this to get a good night’s sleep

Cases of sleep drunkenness can range from moderate to severe, causing the person to experience up to 15 minutes of confusion and disorientation. That could be a little unsettling to say the least!

For the study, 19,136 people over the age of 18 were presented with a questionnaire. They were asked about their sleep habits, mental illness diagnosis, as well as any medications they were taking.

Sleep drunkenness is not associated with age, which can be reassuring if you thought your confusion upon awakening could be a precursor to Alzheimer’s or another form of dementia. But that doesn’t mean it is any less severe.

The study showed less than 1 percent of the people who experienced sleep drunk episodes, had it as an isolated health issue. The condition signaled an underlying mental health, medication or sleep issue.

In fact, 84 percent of participants who had sleep drunkenness also suffered from a number of other conditions including, depression, sleep-walking, alcoholism, panic attacks, anxiety and even post-traumatic stress disorder (PTSD). In 31 percent of cases, the person with sleep drunk episodes was on medication for a sleep or mental health issue.

Sleep deprivation has nothing to do with waking up confused

If this information is sounding eerily familiar to you, those at Stanford are quick to point to the conclusive evidence that showed the amount of sleep the person got wasn’t important.

Roughly 20 percent of those getting less than six hours of shut-eye per night had an episode of sudden awakening, and 15 percent of the participants were getting around nine hours of sleep. So if your spouse is upset with the outbursts or confusion, you can’t blame it on not getting enough rest.

With one in seven people reported to have these types of outbursts, some self-awareness is needed. If you notice you seem confused and disoriented when you wake up, and it isn’t an isolated instance, you would be much better off going to see a doctor to make sure you are sleeping soundly, waking up rested, and to look for any underlying medical conditions, too.

Related Reading: Your risk for diabetes increases if you’re not getting enough of this