Home » Liver » This Spice Can Protect Your Liver 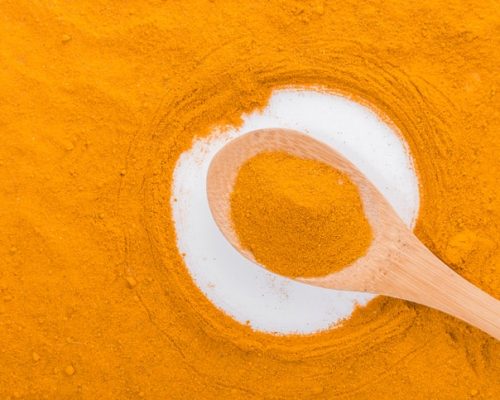 Curcumin is used for a variety of different things, including food coloring, flavoring, cosmetic ingredients, and even in herbal supplements. When used in foods, it provides a bright yellow-orange color.

The rats were exposed to pure curcuminoids and essential oils from turmeric.

Both prevention and treatment groups of NAFLD had lower disease activity scores. The treatment group also saw a reduction in mRNA expression of certain inflammatory cytokines along with significantly less hepatic steatosis – fat buildup in the liver.

Antioxidants found in curcumin were found to improve oxidative stress.

Shavon Jackson-Michel explained in the press release, “A nearly two-point reduction in the NAFLD Activity Score (NAS) is quite significant for a plant-based ingredient like BCM-95. This is especially significant since there are few conventional treatments for NAFLD, a dysfunction believed to affect some 30 percent of the population.”

Curcumin also affected fibroblast growth-factor 21 (FGF-21), which is a known plasma marker of NAFLD development. There were lower levels of FGF-21 signaling protein beta-klotha in the liver among the prevention group and not in the control group. The treatment group had even significantly less FGF-21 than the control group.

The researchers wrote, “Here, we show that 12 weeks of [Western diet] caused significant elevations in FGF-21 levels, indicative of FGF-21 resistance, whereas curcumin treatment attenuated this increase. This suggests that curcumin may help reverse FGF-21 resistance, a finding supported by others.”

Future studies on humans are required to replicate these effects and determine whether curcumin should be used as a preventative and treatment method for non-alcoholic fatty liver disease. NAFLD is a preventable condition as long as you adhere to a healthy lifestyle.