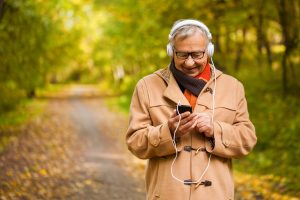 A new study from the University of Edinburgh suggests that the pace that someone may walk and memory loss could predict the risk of dementia in later life. Experts found that people with Motoric Cognitive Risk (MCR) are also at an increased risk of cognitive impairment and experience higher mortality rates. MCR is a syndrome that involves slow walking speed and memory difficulties.

Researchers analyzed data from almost 50,000 people aged 60 years and older with MCR across 15 studies for the study. It was found that people with MCR were more than twice as likely to develop dementia and were at a 76 percent increased risk of cognitive impairment than people without MCR.

Researchers also noted that the risk of mortality for people with MCR was 49 percent higher than those without it, and the risk of falls was 38 percent greater. However, they caution that because this was a pooling of observational studies, it was not possible to establish whether MCR causes these outcomes or is simply a risk factor for them.

Globally, 50 million people live with dementia, which is predicted to triple in the next 30 years. Researchers hope these findings will lead to physicians routinely examining patients’ walks for early signs of dementia.

Dr. Donncha Mullin from the University of Edinburgh said, “Adding it to the assessment of people with memory problems could be a practical way to help doctors identify patients at risk of developing dementia, especially in settings with minimal or no access to the current tests used to diagnose dementia. Importantly, our findings remained after taking into account other factors such as age and depression, stroke, or heart attacks. However, more research is required before MCR is ready for use in the clinic.”

As memory problems become a significant problem in the aging population, it is imperative that steps are taken to help reduce the risk of cognitive impairment. To help with proper brain function through aging, The Smart Pill can help boost circulation, fight free radicals, and provide nutritional support to assist cognitive function.

Its unique formula includes ginkgo Biloba, huperzine A, bacopa extract, rosemary extract, and a B vitamin complex, which help to support, nourish, and maximize brain health and cognitive function.