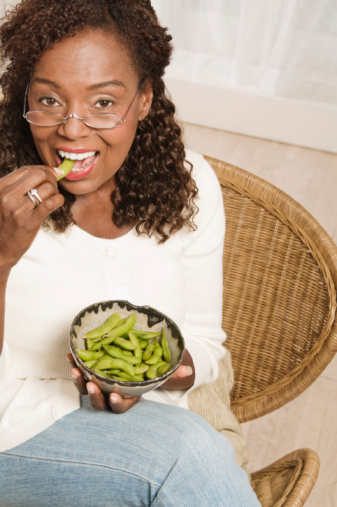 Cancer and HIV are amongst the two most feared diseases in the world today, and rightly so. While other major killers like type-2 diabetes, high cholesterol, and high blood pressure all have manageable remedies and treatment methods, conventional medicine has not yet found a cure for cancer or HIV. Fortunately, experts are constantly discovering natural remedies to help fight ‘incurable’ diseases such as these – the latest of which is the humble soybean.

Recently, the University of Missouri discovered that soaking soybeans (also known as endamame) in water can make it much easier and cheaper to extract a specific chemical that has been proven to be very effective in fighting cancer. The nutrient is called the Bowman-Birk Protease Inhibitor (BBI). It is believed to be an anti-carcinogenic nutrient that is able to inhibit the growth of cancer cells in the human body – breast cancer cells specifically. If this inhibitor really can do all that it’s believed to do, it may be just the thing that science has been looking for to help cure cancer.

The soybean has been studied for decades, and has long been considered a healthy ‘superfood.’ Not only is it a great source of protein, it’s also loaded with fiber, carbs, and healthy fats such as omega-3s. It plays a central role in the Japanese diet, and it has been lauded as one of the main reasons that the Japanese are so much healthier and longer-lived than Westerners.

The fact that the Japanese eat so much of these delicious soybeans may actually be one of the reasons that they have a much lower rate of cancer than the rest of the world. The Japanese have a 20.4% chance of developing cancer, a significantly lower risk than Americans at 30% cancer risk. Moreover, 76 out of every 100,000 American women will develop breast cancer, while only 42.7 Japanese will. These statistical variances could be explained by the more prominent consumption of the edamame bean in Japanese diets.

The Bowman-Birk Inhibitor may also play a future role as a natural remedy for HIV. The HIV virus needs certain viral proteins known as ‘protease’ in order to thrive and replicate, and many current HIV medications work by blocking the action of these viral proteins. Since the Bowman-Birk Inhibitor acts as a natural protease inhibitor, it may open the door for more natural HIV remedies.

The Bowman-Birk Protease Inhibitor was discovered 50 years ago in 1963, when the discovery was what first put the soybean on the map in the health world. However, the fact that the BBI nutrient was just so darn expensive to extract (costing about $2,000 per gram) meant that it wasn’t a practical solution. Now, thanks to the University of Missouri, the extraction process is not only cheaper, it’s also a lot “greener”. The hulls – the source of BBI – is simply soaked in water heated to 122 degrees farenheit for four hours, during which time the BBI is released into the water. Harvesting the nutrient from the water is fairly easy and inexpensive, meaning that there may soon be a cheap and natural remedy for cancer (and potentially even HIV) coming onto the market in the near future.