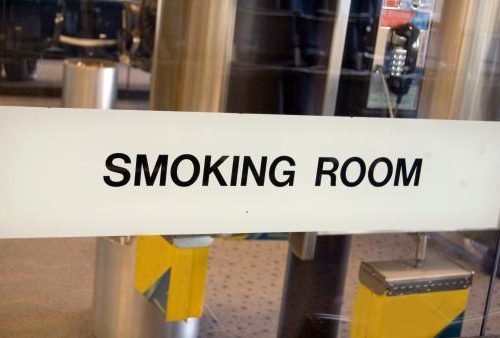 Southern states are falling behind when it comes to implementing smoking bans, according to the CDC. The CDC reports that no state in the Southeast has comprehensive smoke-free laws to protect nonsmokers from second-hand smoke. These laws would put a ban on smoking on all indoor areas including restaurants, bars, and workplaces.

Director of the CDC Dr. Tom Frieden said, “We’ve made great progress in protecting many Americans from secondhand smoke exposure, but millions of Americans, especially those living in southeastern states, are still unprotected from this completely preventable health hazard.”
In the year 2000, no state had a comprehensive smoking law, but the number rose to 26 by 2010. Unfortunately, this number has remained quite stagnant between 2010 and 2016, with only two more states making laws. Dr. Ernest Hawk, head of cancer prevention & population sciences at the University of Texas MD Anderson Cancer Center, added, “The lack of comprehensive statewide smoke-free laws in some U.S. states represents a key policy failure.”

Exposure to secondhand smoke is deadly and kills over 41,000 nonsmokers annually as a result of heart disease and cancer combined. Even the smallest amount of exposure is enough to pose a real threat to health, so eliminating indoor smoking is just one of the ways to protect nonsmokers.

The findings were published in the CDC’s Morbidity and Mortality Weekly Report.

A new study suggests going “cold turkey” is the best method when it comes to quitting smoking, as opposed to gradual quitting methods. Going cold turkey refers to stopping all at once. The researchers found that after four weeks, nearly half of those who went cold turkey still continued abstaining from smoking. For those who quit gradually over the course of two weeks, only 39 percent still weren’t smoking after four-weeks time. Continue reading…

Smoking rates on decline, except in three groups

In the U.S. there has been a noticeable decline in smoking rates, with the exception of three population groups: American Indians, those part of the LGBT community, and those with mental health issues. Amy Lukowski, Psy.D., director of Health Initiatives at National Jewish Health in Denver and QuitLogix® (smoking cessation program), said, “We’re making great strides, but it’s evident that there are large groups of people who continue to struggle with tobacco and the chronic diseases associated with it. We need to find ways to better reach and serve those vulnerable demographic groups that are disproportionately impacted by tobacco.” Continue reading…