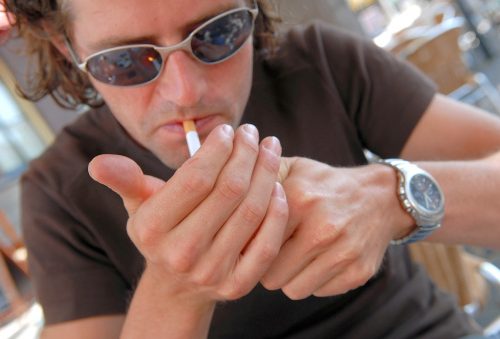 In the U.S. there has been a noticeable decline in smoking rates, with the exception of three population groups: American Indians, those part of the LGBT community, and those with mental health issues. Amy Lukowski, Psy.D., director of Health Initiatives at National Jewish Health in Denver and QuitLogix® (smoking cessation program), said, “We’re making great strides, but it’s evident that there are large groups of people who continue to struggle with tobacco and the chronic diseases associated with it. We need to find ways to better reach and serve those vulnerable demographic groups that are disproportionately impacted by tobacco.”

Reports from the Centers for Disease Control and Prevention (CDC) reveal 17.8 percent of adults smoke in the U.S., the lowest rates have been since 1965 when 42 percent of adults smoked. And yet, among the three identified groups, smoking still remains quite high. Dr. Lukowski added, “As an academic medical center devoted for decades to eliminating tobacco use and its associated disease states, we feel the imperative to better identify and understand the unique factors related to tobacco use in these groups and develop protocols that are specifically tailored to their needs. This is a high priority for us.”

QuitLogix® was the first to hire a Native coach, which is important because coaches of the same ethnicity increase success rates of smoking cessation. It’s reported that nearly 26 percent of Native Americans are smokers, which is higher than the country average.

Tobacco is seen as an integral part of the Native culture and holds a sacred place historically and spiritually. Prior to the launch of the American Indian Commercial Tobacco Program (AICTP) Dr. Lukowski and researchers met with numerous participants of Quitline services in order to find the best way to promote smoking cessation. Dr. Lukowski explained, “We needed to better understand the best ways to address commercial tobacco from community members themselves, while still honoring traditional tobacco practices.”

Those with mental illness have a smoking rate of 36 percent – double that of the national average. Quitline experts are also trying to find ways to better promote smoking cessation in this group of people. Additionally, those in the LGBT group are more than 200 percent more likely to be addicted to cigarettes.

“Those high rates of tobacco use in these populations are no accident. Tobacco companies have identified and targeted these groups as being populations more vulnerable to nicotine addiction and are shrewdly advertising directly to them,” Dr. Lukowski added.

An example of a tobacco ad that is geared toward these groups reads, “Whenever someone yells ‘Dude, that’s so gay,’ we’ll be there,” and is geared towards the LGBT community. Advertisements created for the Native community tend to use traditional colors or use images of tribal leaders.

“Unfortunately, their efforts are often effective, and once members of these particular groups become consumers, it does not take long to develop a physical addiction to the nicotine found in these tobacco products,” Dr. Lukowski concluded.