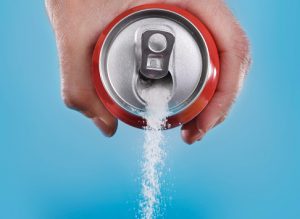 Soda is often in the spotlight for its negative effects on health. Primarily, it is criticized for a high sugar content, but with Americans drinking 57 gallons of the stuff annually, it does more damage to your body than you might think.

Soda is the second most consumed beverage: water is number one. It may be tasty and offer a mild caffeine kick but at what cost to your health? If you have ever wondered what exactly soda does the moment it is ingested, we are here to clarify your concerns.

Soda’s affect on the body 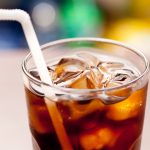 Soda greatly impacts the heart. Within the first 45 minutes of consuming a 20 ounce glass, the caffeine works to dilate pupils and increase blood pressure. Many popular soda beverages contain fructose corn syrup; research has revealed it not only contributes to diabetes, but it can also increase a person’s risk of heart disease as well.

One study published in the journal Circulation examined soda consumption among nearly 43,000 men. The men were followed on average for 22 years. The men who consumed at least one soda a day (12 ounces) had a 20 percent increase for risk of heart attack – this in comparison with men who did not consume the sugary beverage. Even taking into consideration exercise levels, family history and diet, the men who drank soda were still at higher risk for heart attack. 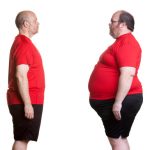 It is almost a no-brainer that consuming high amounts of sugar can lead to weight gain and even obesity. If a person consumed a can of soda every day for an entire year they would have ingested an additional 35 pounds of sugar alone. Of course, some of that will be burned off but this, along with the already unhealthy diet of the average American, can account for some serious weight gain.

Obesity is a risk factor for many other health issues including diabetes, heart disease, hypertension, sleep apnea, and kidney disease (and this is just the short version of the list).

To burn off a can of soda and avoid weight gain, a healthy teenager would have to perform 35 minutes of physical activity. If you’re older you would have to work out much more, which is already a very difficult task for many seniors. To minimize your risk of future illness and maintain a healthy weight, the best thing to do is limit or avoid soda all together.

You may not have considered it but soda can affect your lungs. In a study from the University of Adelaide soda drinks were linked to an increased risk of asthma or chronic obstructive pulmonary disease (COPD).

Researchers analyzed the soda-drinking habits of 16,907 people over the age of 16. They discovered that those who drank at least half a liter of soda a day doubled their risk of developing a respiratory illness. Furthermore, smokers who consumed half a liter of soda were 6.6 times more likely to develop COPD.

This is your body without soda

Soda can affect your body in numerous ways, and the three points stated above are just a few of the slew of health concerns related to soda drinking. In turn, here is what happens to your body when you finally make the choice to quit.

It doesn’t matter how old you are, everyone can benefit from kicking the soda habit. Now that you’re aware of how soda can wreak havoc on your body and health, you may want to reconsider your beverage choice the next time you’re thirsty!

Soda band rejected for NYC: So soft drinks are good for you?

What does Mayor Bloomberg have to say about soda, soft drinks and sugary drinks’ health risks these days? His proposed ban on Big Sodas for New York City fizzled out like a can of ginger ale gone flat. But people are still wondering: Does this mean sugary drinks are good for us? Continue reading…

Feeling guilty lining up at the fast food restaurant counter? Well, that greasy burger and fries won’t be any less detrimental if you wash them down with diet soda. No free pass for you! Continue reading…