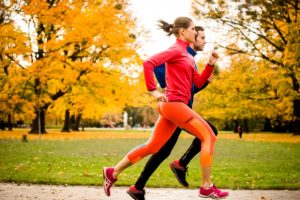 If you’re lacking gym motivation, some social media competition may give you the push you need. Senior study author Damon Centola explained, “Supportive groups can backfire because they draw attention to members who are less active, which can create a downward spiral of participation.”

In his words, competition groups “frame relationships in terms of goal-setting by the most active members. These relationships help to motivate exercise because they give people higher expectations for their own levels of performance.”

The researchers tracked 800 students who signed up for an 11-week exercise program. Those who attended the most exercise classes won a prize.

The researchers found attendance to be 90 percent higher in competition groups than control groups.
Centola added, “Most people think that when it comes to social media, more is better. This study shows that isn’t true: When social media is used the wrong way, adding social support to an online health program can backfire and make people less likely to choose healthy behaviors. However, when done right, we found that social media can increase people’s fitness dramatically.”

The researchers suggest that friendly competition can expand beyond just exercise and be extended to improve smoking cessation and medication adherence, too.

Your love or hate for exercise could be in your genes