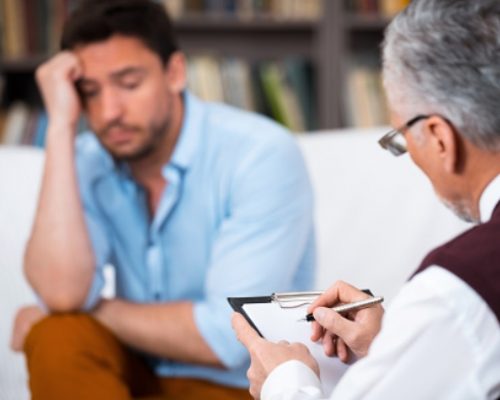 When dealing with social anxiety disorders, cognitive therapy has been found to be the most effective treatment. Current treatment isn’t very effective, which led researchers to explore other treatment and therapy options that could work better for social phobia cases.

The researchers studied the effects of talk therapy and medications on patients with social phobia in order to assess the effectiveness of treatment. To date, it was believed that a combination of therapy and medications was the best way to treat anxiety disorders, but now the researchers found that cognitive therapy alone is much more effective than the combination treatment.

The study found that nearly 85 percent of the participants showed significant improvement or became completely healthy when treated with cognitive therapy only.

“A lot of doctors and hospitals combine medications – like the famous “happy pill” – with talk therapy when they treat this patient group. It works well in patients with depressive disorders, but it actually has the opposite effect in individuals with social anxiety disorders. Not many healthcare professionals are aware of this,” added Nordahl.

“Happy pills” may only mask the problem. Although they may reduce the symptoms associated with social phobia, they do not fix the underlying issue – unlike cognitive therapy. The problem is, many patients would rather rely on medications as opposed to therapy as they consider pills a cure-all.
The participants were divided into four groups: One only received medication, the second only received cognitive therapy, the third received a combination of the two, and the fourth group received a placebo. By the end of the study period, and a year later, it was clear that those who only underwent cognitive therapy had the best results in treating their social phobia. Nordahl continued, “This is the most effective treatment ever for this patient group. Treatment of mental illness often isn’t as effective as treating a bone fracture, but here we’ve shown that treatment of psychiatric disorders can be equally effective.”

Although social phobia can have very negative consequences, many patients often go undiagnosed. Psychologist Torkil Berge explained, “This is a hidden disorder, and many patients find it difficult to communicate their struggle to their healthcare providers. Thousands upon thousands of individuals end up not receiving adequate treatment. Of those who do get treatment, most are probably offered drug therapy.”

The researchers hope to standardize cognitive therapy for social phobias in the future to provide all patients the same care that is found to be the most effective.