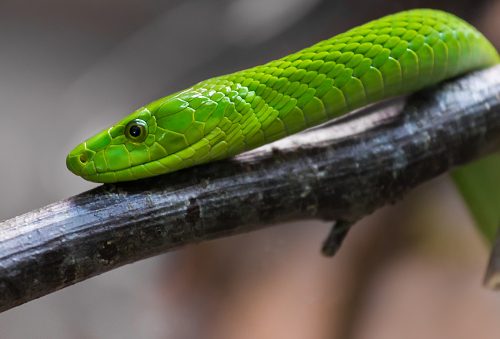 Snakes are not the most beloved reptiles in the animal kingdom, as they are often revered as being slithering, nightmare-inducing creatures that could bite you at any moment. Venomous snakes are by far the most feared, and rightfully so. A snake’s poison can paralyze a person in minutes and can be life threatening.

However, snake venom has been found to be quite useful in the field of science. The latest development has even found that the venom of the green mamba—a highly venomous snake species indigenous to East Africa—can reduce symptoms of a kidney disease known as polycystic kidney disease (PKD).

Polycystic kidney disease is an inherited kidney disorder that causes fluid-filled sacs called cysts to develop on the kidney itself. This condition may lead to impaired kidney function and can eventually lead to kidney failure.

Polycystic kidney disease is currently the number four cause of kidney failure in the United States, with an estimated 600,000 Americans currently living with the disease. About half of these people with PKD will experience end stage renal disease, eventually needing dialysis or a kidney transplant.

Symptoms of polycystic kidney disease include:

Currently, there is no cure for PKD, with symptom and complication management being the first line of therapy.

A team of researchers from France, Germany, and Belgium has experimented with the venom of the green mamba in an effort to study its effect on PKD. Their experiments involved the use of mice models that also had the genetic form of PKD. These focused on snake venom because it is known for its destructive nature causing neural problems, some of which involve cell receptors.
The researchers first isolated a peptide found in the venom itself called mamabaquaretin-1, known for blocking cell receptors. The peptide was then given to several mice who had PKD over the course of 99 days.

After this time, the researchers found that all of the mice given the peptide experienced improved kidney function with no side effects.

Total kidney area covered by cysts was reduced by 47 percent, with the number of cysts in treated mice being reduced by about one third.

The researchers suspect that the green mamba venom peptide is blocking the type-2 vasopressin receptor, just like current medications are meant to do. However, currently used medication for this disorder carries risks such as liver damage.

While more research will need to be done to make sure the peptide is safe for use in humans, the initial results seem promising. The team hopes to apply this snake venom peptide to the treatment of other ailments as well.