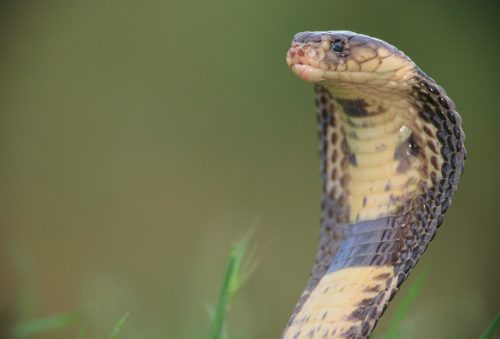 Many people admit to having a fear of snakes; however, snake venom has now shown to improve safety during surgery for those on blood thinners. During certain surgeries drugs are used to prevent blood clots, but sometimes blood clotting needs to occur in order to heal incisions, which can become problematic for those taking anticoagulants. Researchers are now trying to pair snake venom with nanofibers in order to promote incision healing.

Blood thinners are used to minimize bleeding during surgery, along with applying pressure, sutures, foams and adhesives. Unfortunately, these options come with risks, such as allergic reactions, which cause cells to die. Jeffrey D. Hartgerink and his team turned to an enzyme in snake venom that allows for blood to coagulate, even if a blood thinner is present. The enzyme, called Batroxobin, is already being used in other clinical trials for other conditions.

The problem with using this enzyme to cause blood clots is that is dissolves quickly and moves away from where it was originally introduced, which can become problematic during surgery.

In order to reduce this problem, researchers paired the enzyme with “sticky” nanofibers to keep the enzyme in place. So far, the therapy has been tested on rats and led to localized blood clotting within 20 seconds. The researchers suggest that further testing will eventually lead itself to emergency rooms to help make surgery safer.