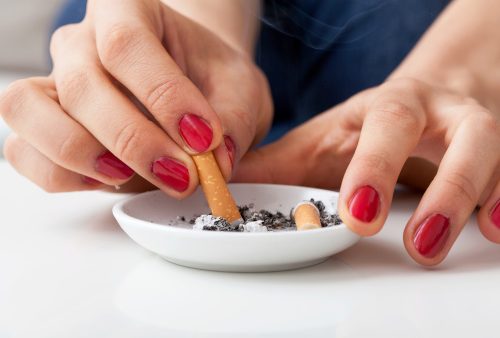 The data comes from a meta-analysis from Harvard T.H Chan School of Public Health, Huazhong University of Science and Technology, and the National University of Singapore.

Researchers estimated that 11.7 percent of type-2 diabetes cases in men, and 2.4 percent of cases in women, could be attributed to smoking.

Another finding showed that as time passes after a person has quit smoking, their risk of developing type-2 diabetes decreases.

Co-author Frank Hu said, “Cigarette smoking should be considered as a key modifiable risk factor for diabetes. Public health efforts to reduce smoking will have a substantial impact on the global burden of type-2 diabetes.”

There is much solid evidence linking smoking with cancer, respiratory disease and cardiovascular disease; however, research on smoking and type-2 diabetes is minimal but growing slowly. In 2014 the Surgeon General’s report included a section on smoking and diabetes for the first time.

For the latest findings, researchers conducted a meta-analysis on 88 previous studies which examined smoking and the risk of type-2 diabetes. The previous research was compiled using nearly six million study participants. When smokers were compared to nonsmokers (those who had never smoked), their risk of diabetes increased by 37 percent. Former smokers saw an increased risk of 14 percent, and second-hand smokers had an increased risk of 22 percent. In individuals who quit smoking less than five years prior, there was still had an increased risk of 54 percent. After the five-year quit period the risk dropped to 18 percent, and after 10 years it went down to 11 percent.

First author, An Pan, said, “Despite the global efforts to combat the tobacco epidemic, cigarette use remains the leading cause of mortality and morbidity worldwide. This study underscores the importance of implementing and enforcing the provisions of the WHO Framework Convention on Tobacco Control. The smoke-free policies can provide protections for non-smokers and may lead to increased successful cessation in smokers.”

It is never too late to quit smoking, and if you require assistance a doctor can offer you different options to achieve success.

The findings were published in The Lancet Diabetes and Endocrinology.