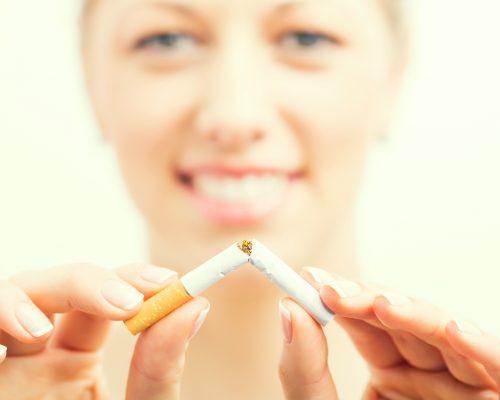 A new study found that quitting smoking will help you make at least two new friends. The researchers found that the longer a person went without smoking the more likely they were to start new friendships with other nonsmokers.

Dr. Norman Edelman, senior medical consultant who was not involved in the study, commented, “I wouldn’t say it’s a surprise, but it’s a welcome finding. It’s good to have it documented by a study that quitting smoking will broaden your social circles.”

The study also confirmed a well-known theory that those trying to quit are more successful if they don’t hang out with other smokers.

The number of smokers in the U.S is on the decline. Although numbers are at an all-time low – 17 percent – the researchers believe this number is still too high.
According to one of the study authors Megan Piper, smokers fear losing their friends to the nonsmoking world. However, until now, the social relationships of ex-smokers have not been studied.

The study included 1,500 people participating in a smoking cessation program. They were randomly assigned to one of the three groups to receive either medication, or nicotine replacement, or a placebo. They were also provided with counseling resources to further promote their smoking cessation.

Nearly 700 smokers completed the program. Over the course of three years, about three-quarters of the participants reported making two new friends. People who quit became more socially accepted among nonsmokers, but this did not occur right away. According to the researchers, for some time after cessation, ex-smokers live in a sort of social vacuum, which they eventually tend to fill with new social connections.

Smoking cessation enabled the ex-smokers to hang out in the nonsmoking areas, giving them more opportunities to meet new people.