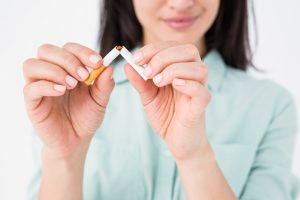 A Yale School of Medicine study revealed that an efficient smoking cessation drug is initially more effective on women than men.

However, after one year of use the drug was found to be equally effective on both men and women.

Professor at Yale Sherry McKee, Ph.D., said, “Studies show that women have a harder time quitting smoking than men, even as quitting has shown greater benefits to women’s cardiovascular and respiratory health. With this first comprehensive analysis of sex differences in the effectiveness of this drug, now women and their healthcare providers can better decide how to successfully quit and live longer, healthier lives.”

Smoking is the leading cause of preventable illness in the U.S., costing the health care system $96 billion in medical expenses and resulting in 556,000 deaths annually.

Other smoking cessation techniques have proven to be ineffective in women, producing lower rates of quitting. The effective treatment – known as varenicline – was shown to produce equal results in both men and women.

McKee added, “While it’s clear that sex differences in varenicline efficacy exist, we don’t yet know why varenicline is particularly effective for women. This is the first demonstration that women compared to men have a preferred therapeutic response for a smoking cessation medication when considering short-term treatment outcomes and equal outcomes at one year. Varenicline appears to be particularly useful for reducing the sex disparity in smoking cessation rates.”

The findings were published in the journal Nicotine and Tobacco Research.