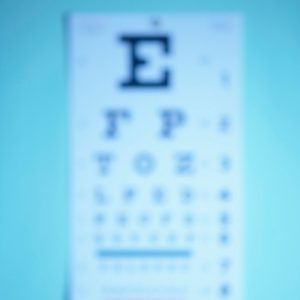 Age-related macular degeneration (AMD) risk is much higher when a person has a history of heavy smoking, no exercise and bad diet, this according to new findings. Researchers at the University of Wisconsin-Madison were responsible for the new research which was conducted on women. Previous research supports that a healthy diet and exercise can reduce a person’s risk of AMD – a condition associated with worsened vision through aging.

The new findings support the idea that genetics work together with smoking, lack of exercise and poor diet to increase a person’s risk of age-related macular degeneration. Julie A. Mares from the university said, “If you have a family history of AMD, the good news is that the study findings suggest that there are things you can do to potentially lower your risk of developing AMD yourself.”

The diets and lifestyle habits of 1663 women aged 50 to 79 were analyzed, and the women were categorized in groups of low risk, medium risk or high-risk of developing AMD. Smoking was measured by how often the women smoked and for how long.  Genetic data, too, was explored to determine whether or not the women had known genetic risk factors as well. The gene closely associated with age-related macular degeneration is a version of CFH gene.

From the 1663 women, 337 of them developed age-related macular degeneration.

Women with stable diets, two versions of CFH, who smoked for at least seven years and were in high-risk groups for lack of exercise and poor diet, were at the highest risk to develop AMD – more than four times higher compared to women with no gene versions, who didn’t smoke, ate well and exercised.

Dr. Mares concluded, “The findings of both studies support the notion of biologic synergy. That is, that one’s genes, lifestyle factors and nutrition all come together in a synergistic way to mediate inflammation, which is a key mechanism involved in AMD. There’s a large body of evidence that unhealthy lifestyle habits are associated with inflammation and that CFH risk alleles augment inflammatory responses. Vitamin D is believed to suppress inflammation, which is thought to enhance the AMD disease processes both directly and indirectly.”

The findings were published in Ophthalmology.