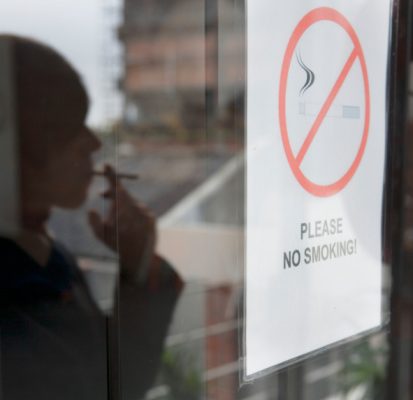 Growing public support for Canada and America’s smoke-free outdoor laws has been shown in a recent study. The study was conducted in collaboration with researchers at the University of Otago (New Zealand) and the University of Alberta (Canada). A key finding from the study is that the public welcomes smoke-free outdoor laws – specifically on school grounds or playgrounds.

Dr. George Thomson from the University of Otago said, “This public support for outdoor smoke-free areas indicates that politicians could introduce regulations for these areas, with a greater chance that they can be implemented effectively.”

By reviewing 89 surveys, researchers found support for smoke-free outdoor laws was strongest regarding areas like school properties and playgrounds – support even came from smokers in this area. Other smoke-free areas include door entrances, patios, sports arenas and transit sites.

On January 1st 2015, the province of Ontario updated their smoke-free laws to further include smoke-free areas such as playgrounds, sports fields, all bar and restaurant patios, and prohibited the sale of tobacco products on university and college campuses.

The Centers for Disease Control and Prevention (CDC) estimates 17.8 percent of U.S. adults (over the age of 18) smoke cigarettes. This number has decreased since 2005 when 20.9 percent of the U.S. population smoked. Smoking contributes to 480,000 deaths a year in the U.S. and is the number one preventable form of death.

The findings were published in Tobacco Control.