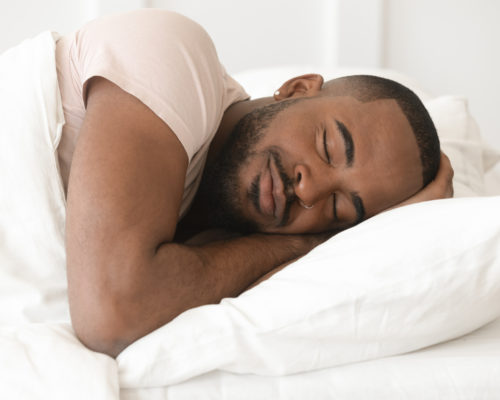 Previous research has shown that there is a relationship between sleep and Alzheimer’s disease. However, neuroscientists have now found a way to estimate a time frame for when Alzheimer’s is most likely to strike in a person’s lifetime, based on their baseline sleep patterns.

This new research from the University of California, Berkeley, has found that the quality and amount of sleep that people get throughout life can determine how fast Alzheimer’s pathology will develop in the brain. During sleep, the brain “washes” itself, so there may be a chance to delay or prevent Alzheimer’s by getting more sleep earlier in life.

The study involved analyzing the sleep quality of 32 healthy older adults against the build-up of toxic plaque known as beta-amyloid in the brain. This plaque is the key player in the onset and progression of Alzheimer’s, which destroys memory pathways and other brain functions.

Researchers found that the participants who started with poor sleep habits, including fragmented sleep and less non-rapid eye movement (non-REM) slow-wave sleep, were most likely to show an increase in beta-amyloid throughout the study.

All participants remained healthy throughout the study, by the trajectory of their beta-amyloid growth correlated with baseline sleep quality. This helped researchers to forecast the increase in beta-amyloid plaques, which are thought to mark the beginning of Alzheimer’s.

“Rather than waiting for someone to develop dementia many years down the road, we are able to assess how sleep quality predicts changes in beta-amyloid plaques across multiple timepoints. In doing so, we can measure how quickly this toxic protein accumulates in the brain over time, which can indicate the beginning of Alzheimer’s disease,” said Joseph Winer, the study’s lead author.

While previous studies have found that sleep cleanses the brain of beta-amyloid deposits, these new findings suggest that deep non-REM slow-wave sleep should be the target of intervention against cognitive decline. The therapeutic intervention that sleep can offer should not be taken for granted. With an aging population, many people should be focusing on what they can do now to prevent illness and disease down the road.

This study is the first of its kind to offer an insight into any timeline associated with the development of Alzheimer’s disease. By knowing the connection to sleep and the amount of plaque built up in the brain, researchers hope they can help physicians to better advise their patients on prevention and treatments for Alzheimer’s disease.
“If deep, restorative sleep can slow down this disease, we should be making it a major priority,” Winer said. “And if physicians know about this connection, they can ask their older patients about their sleep quality and suggest sleep as a prevention strategy.”