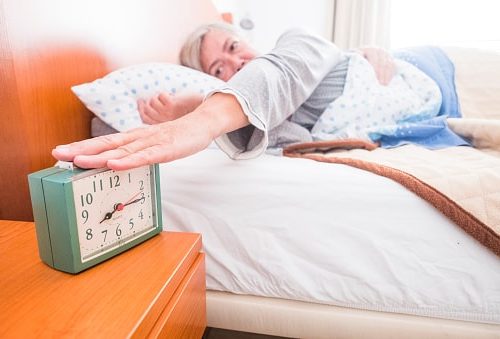 A sleep study conducted by experts in Seoul, South Korea suggests that sleep quality can indicate future cognitive decline in the elderly.

The team of doctors and researchers gathered information from Korean elderly across the nation. Some of these individuals had normal cognition while others had mild cognitive impairment. They were assessed at the beginning of the study and underwent four-year follow-ups.

Sleep efficiency is the ratio of actual sleep duration to time spent in bed. Daytime dysfunction is the sum of having trouble keeping up the enthusiasm and energy to complete tasks and how often you have trouble staying awake during certain tasks or social activities.

The researchers relied on the Pittsburgh Sleep Quality Index and Consortium to help them create a registry for Alzheimer’s Disease Assessment. The Pittsburgh Sleep Quality Index or PSQI is a questionnaire that patients generally fill out. It assesses sleep quality over a one-month period and includes 19 different items to come up with one score. It is often used to diagnose sleep disorders. The name of the index comes from the researchers at the University of Pittsburgh who developed it.

In those who started out in the mild cognitive decline category, only long sleep latency seemed to be able to reduce the chances of returning to normal cognition.

After careful review of all the assessments, the researchers concluded that long sleep latency was an effective measurement in terms of early markers of cognitive decline for people in both the normal cognition and mild cognitive impairment categories. However, they suggested that long sleep duration, as well as early sleep time, should probably be used for cognitively normal elderly people only.

Changes in our sleep patterns as we get older are part of the normal aging process. According to the National Sleep Foundation, an organization that promotes the understanding of sleep disorders, many people believe that our need for sleep declines as we age but this is not true. Research shows that sleep needs are constant throughout adulthood. In many cases, the elderly experience sleep disturbances due to physical or psychological issues and the medications they are taking to treat these problems.

If an older person is having difficulty sleeping, they should not let it go on too long before seeking medical attention. A doctor can guide people towards better sleep quality, which might prevent cognitive decline.

Essential oils for sleep: 13 ways to get the best sleep ever