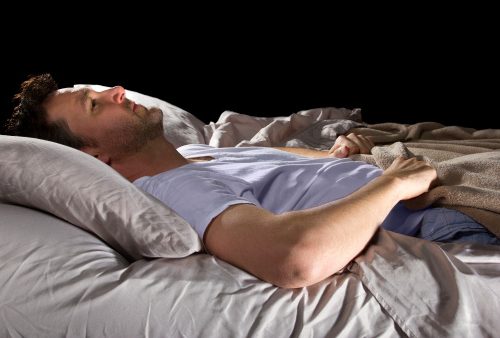 Some studies suggested that the longer a person suffered from sleep apnea, the higher their risk of stroke was. Other studies noted that the presence of sleep apnea prior to stroke may have contributed to the brain attack. Lastly, patients with severe sleep apnea were more likely to suffer severe strokes.

Dr. Hermann suggested, “Treating sleep apnea with a continuous positive airway pressure machine (CPAP), which prevents the airway from collapsing during sleep, may reduce the risk for stroke. Stroke patients should be diagnosed for sleep apnea and also treated, which is not systematically done.”
The researchers found that insomnia and hypersomnia (excessive sleep) were also risk factors for stroke.

Furthermore, stroke recovery can be hindered as a result of poor sleep, as Dr. Hermann explained, “After a stroke, sleep has restorative functions for your brain. Sleep is important for the ability of the neurons [brain cells] to connect, and after a stroke, these neurons have to reconnect to compensate for the lost function. This explains why disturbed sleep affects recovery from stroke.”

Dr. Hermann cautioned that taking sleep aids isn’t recommended for dealing with sleep problems. Patients should take the time to have their issues properly assessed, diagnosed, and treated. “Sleep disturbances should be looked into and patients should consult sleep specialists. In addition, neurologists and stroke specialists should take sleep disturbances seriously,” he continued.

If you suspect you have a sleep disorder or if you just aren’t getting proper amount of sleep, you could be raising your risk of a future stroke. Speak with your doctor about undergoing a sleep test in order to determine what is going on – and reduce your risk of stroke.

Veterans at a high risk for sleep disorders