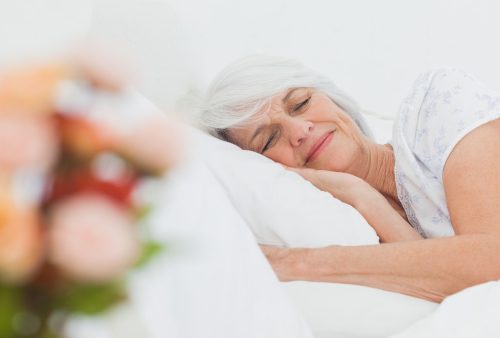 Getting a good night’s sleep is important to all of us. If we don’t get it, our entire day ahead will feel like a grind. We all know that sleep can be a restorative practice, but it is also a cerebral one. While we sleep, our brains are continually working. It regulates our breathing, heart rate, and even induces weird dreams. What we don’t realize is that while sleeping, the brain is relocating our experiences and memories, only keeping what’s important.

This process may be facilitated by the way you sleep. New research actually suggests that the position you sleep plays an important role in removing brain waste.

It is estimated that about 63 percent of Americans sleep on their side, 14 percent on their back, and 16 percent on their stomach. Sleep experts recommend to just stick with what you are comfortable with, barring any recommended position for the sake of health.

Sleeping on your side is good for your brain

However, a new study states that sleeping on your side helps the brain clear chemical waste. Researchers used a magnetic resonance imaging (MRI) and special dynamic contrast agents (to help the brain appear clearly). They viewed a structure called the glymphatic pathway, which is involved in filtering cerebral spinal fluid (CSF). This pathway allows for chemical and waste product build up to be removed. This includes the built-up beta-amyloid and tau proteins, associated with Alzheimer’s and Parkinson’s disease.
“It is interesting that the lateral [side] sleep position is already the most popular in humans and most animals—even in the wild—and it appears that we have adapted the lateral sleep position to most efficiently clear our brain of the metabolic waste products that build up while we are awake,” said Maiken Nedergaard, who was involved in the study.

They put rodent models to sleep while monitoring their glymphatic pathways were monitored.

“The analysis showed us consistently that glymphatic transport was most efficient in the lateral position when compared to the supine or prone positions. Because of this finding, we propose that the body posture and sleep quality should be considered when standardizing future diagnostic imaging procedures to assess CSF-ISF transport in humans,” said co-author Dr. Helene Benveniste.

Related: Your sleeping position affects your brain and overall health