Home » Heart Health » Sleep and the heart: Not enough or too much sleep affects your heart 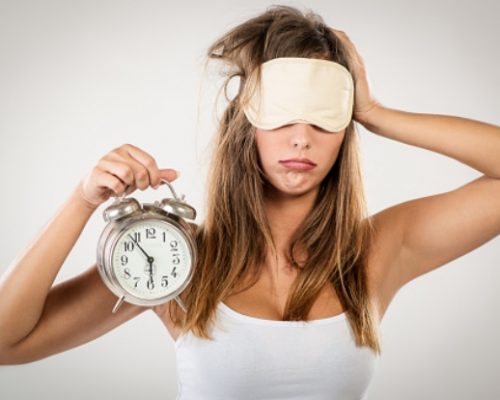 Highly demanding jobs often result in intense stress that may affect an individual’s mental health and capacity for sleep. For some people, the use of natural sleep aids may help alleviate the symptoms of stress and other mental health conditions attributable to difficult jobs, whereas for others, the high stress levels at work may destroy one’s quality of life.

According to a recent study published in the Journal of Applied Physiology, the lack of sleep due to stress may not only result in poor mental health, but also in cardiovascular problems.

The study on stress and cardiovascular disease

The research study conducted by investigators of Michigan Technological University involved the application of 24-hour sleep deprivation to approximately 28 young individuals, of which 14 were men and 14 were women. The study was conducted in order to determine the impact of stress on cardiovascular disease. The researchers hypothesized that sleep deprivation directly affects mental health, which in turn may affect the heart health of the individuals. The heart health of the study participants was monitored in terms of blood pressure, heart rate, and reactivity of specific nerves after the experimental period of sleep deprivation.

The results of the study showed that the heart rate of the subjects who went without sleep for 24 hours was higher when compared to the control sleep group. This observation suggested that stress, as represented by sleep deprivation and poor mental health, negatively affects the cardiovascular system. The results also suggest the importance of natural sleep aids in alleviating stress and in preventing the deterioration of mental health. There are currently several natural sleep aids that may be used by people who are suffering from sleep problems that are related to employment. Some natural sleep aids include melatonin, which is often used by people traveling to places of a different time zone. Other natural sleep aids include the use of thick window curtains that prevent the entry of sunlight and other bright sources of illumination.

Oversleeping and its effects on the heart

While a lack of sleep can contribute to stress, increased blood pressure, and an increased risk of heart disease, a study from the Norwegian University of Science and Technology has found that oversleeping can also increase your risk of developing heart disease. Researchers found that those who sleep for eight or more hours are 34 percent more likely to develop heart disease, while those who sleep four hours or less are 35 percent more likely to experience problems with the cardiovascular system.

The study reviewed information collected from 400,000 Taiwanese adults during medical visits that took place between 1994 and 2011. All participants were 20 years or older and were asked to estimate how long they slept, from zero to more than eight hours. The results showed a relationship between those who slept for six to eight hours and deaths due to cardiovascular complications. Women appeared to be more at risk than men, as they are also more prone to sleep disorders that cause them to sleep either too little or too much, according to head researcher Dr. Linn Beate Strand. In reference to this trend, Dr. Strand said “Women are more prone to sleep problems than men, and previous studies have also shown that women who sleep a little or a lot may be at increased risk […].”

The study also showed that no differences were observed between the male and female study participants who were subjected to stress, suggesting that sleep deprivation and stress may have the same impact on both genders. This observation also suggested that the application of natural sleep aids may be equally effective to men and women who experience high levels of stress and find difficulty getting enough sleep at night.

The information generated from this sleep deprivation study on the cardiovascular system may be helpful in the design of treatment schemes for individuals experiencing difficulty in sleeping. Natural sleep aids may decrease the discomfort caused by the intensity of the demands at work, and unless a form of relaxation is identified, an individual’s mental health may suffer. The study showed that even a 24-hour period of sleep deprivation can immediately result in a change in the heart rate—it may be alarming to find out the extent of damage that stress may put on one’s heart and mental health.

Sleep is often considered a time to rest and recharge the body for the next workday, yet it is also important to realize that this nocturnal activity may also influence the quality of mental health and cardiovascular condition of an individual. Natural sleep aids were designed to improve the quality of sleep each night, in the hope of helping the body to repair tissues and replenish proteins and other essential molecules of the body. Natural sleep aids also relatively safe to use and are minimally interactive with other medications and food items.

Related: Essential oils for sleep: 9 ways to get the best sleep ever