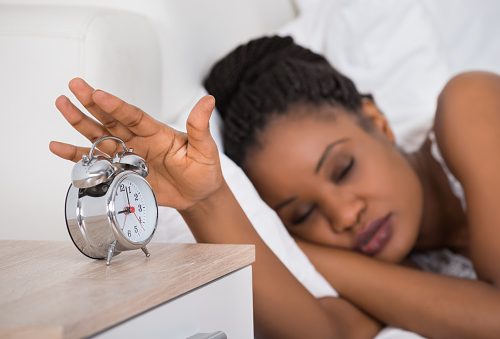 Sleep problems can be a huge burden on our overall mood and happiness. This includes disorders like snoring, sleep apnea, and insomnia. Getting adequate sleep is necessary for good health and can affect hormone levels, mood, and even our weight. It is concerning that doctors do not spot these sleep disorders quickly enough in the African-American population, according to new research.

Sleep apnea is a potentially serious condition that involves breathing that stops abruptly during sleep. This results in repeated awakenings throughout the night, leading to poor sleep and an increased risk for health problems. Insomnia is another sleep disorder that is caused by difficulty falling asleep, difficulty staying asleep, and not being able to get back to sleep once woken. Insomnia can make people feel tired throughout the day, affecting overall health, work performance, and quality of life. These problems plague many people, with a new study finding that most African Americans in the United States do not have their sleep disorders diagnosed.

“African Americans experience a disproportionate burden of numerous health problems, including obesity, diabetes, hypertension and cardiovascular disease, all of which have been shown to be associated with sleep [problems],” said study author Dayna Johnson, a postdoctoral research fellow at Brigham and Women’s Hospital and Harvard Medical School.

The researchers suggest that it is possible these sleep disorders may be contributing to the many health problems that African Americans exhibit.

The study in question evaluated the sleep status of 825 black men and women who had been part of a larger heart health study. The researchers found that three-in-four of the participants had some degree of sleep apnea, and only two percent were diagnosed. One in five participants were found to have symptoms of insomnia, yet less than seven percent had ever been diagnosed.

The researchers admit that they are unsure why so few African Americans are diagnosed with these sleep disorders. By providing them the medical care they need, it will be possible to prevent long-term complications.