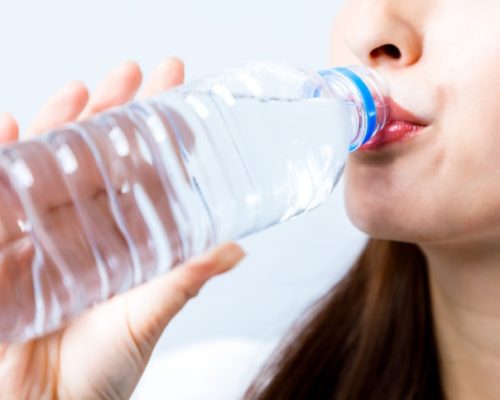 Sleep is one of the necessities of life, like breathing and drinking plenty of water. Not getting enough sleep can have serious consequences on your health. The causes of sleep deprivation or sleep disturbances have been an important research topic for this reason.

A new study has found that poor sleep may be linked to dehydration, meaning that after a too-short night of rest, you may want to drink extra water the next day to account for the effects poor sleep can have on your hydration.

The researchers behind the study examined American and Chinese adults and how their sleep patterns affected hydration. They gathered the data from the National Health and Nutrition Examination Survey and the Chinese Kailuan Study. The study included over 20,000 participants who provided information on their regular sleep habits and urine samples, which were tested for the biomarkers of dehydration.

They analyzed number of hours slept in relation to the concentration of the participants’ urine based on the results from the urine sample they provided. A high urine concentration indicates dehydration. The participants who only slept an average of six hours per night also had a more concentrated urine in the morning and between 16 and 59 percent higher chance of being dehydrated than those who slept an average of eight hours per night.

The results of the study showed that the link between sleep and dehydration came from a hormone called vasopressin, which is released during the regular sleep cycle as well as throughout the day. Vasopressin is responsible for regulating the body’s hydration systems. “Vasopressin is released both more quickly and later on in the sleep cycle,” said lead author Asher Rosinger. “So, if you’re waking up earlier, you might miss that window in which more of the hormone is released, causing a disruption in the body’s hydration.”

Dehydration Can Cause Serious Health Risks

Dehydration can affect the body as negatively as sleep deprivation. If you are not drinking enough water, it can affect your cognition, mood, and physical performance, among other body systems. Your body needs water, and long-term dehydration can result in serious health conditions. These include urinary tract infections and kidney stones.

“If you are only getting six hours of sleep a night, it can affect your hydration status,” Rosinger said. “This study suggests that if you’re not getting enough sleep, and you feel bad or tired the next day, drink extra water.”

The researchers believe that these results should not be taken lightly. The study is both an observational and cross-sectional study and the results have a higher validity than some other studies have had in the past.

For future studies, the researcher recommends examining this relationship over a longer period of time and establishing a stronger baseline for sleep habits and hydration status than the researchers were able to do in this study.