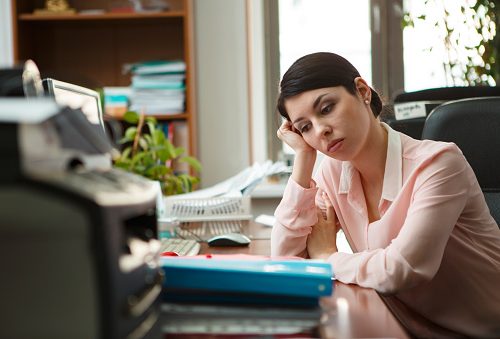 Getting some well-needed rest can be all that’s necessary to feel great, as it grants your body and mind time to rejuvenate. However, due to the struggle of long work days—or the increased level of distraction this technologically inclined world offers—more and more people are becoming sleep deprived. So much so that over the past century, American citizens have been found to sleep an estimated 1.5 to 2 hours less, with working populations sleeping less than six hours a night. According to research from the University of Washington, this lack of sleep is leading to immune system suppression and a subsequent rise in illness.

The immune system in the human body is a network of cells, tissues, and organs that work together to defend the body against attacks by tiny organisms, such as bacteria, viruses, and other infections. It achieves this by having many specialized cells and components that are trained to seek out disturbances found in the body that may pose a potential threat and then either keep them from infecting the body or destroy them. Researchers of this particular study report that people get sick more often when they don’t get adequate amounts of sleep, and it is due to the suppression of this bodily defense.

To reach this conclusion, researchers took blood samples from 11 pairs of identical twins with different sleep patterns. They chose to use identical twins in order to control for the large genetic contribution to humans sleep duration, as they estimate that genetics account for 31 to 55 percent of sleep duration, with behavior and environment accounting for the remaining percentage. They discovered that the twin with the shorter sleep duration had a depressed immune system when compared to the other.
“What we show is that the immune system functions best when it gets enough sleep. Seven or more hours of sleep is recommended for optimal health,” said lead author Dr. Nathaniel Watson, co-director of the University of Washington Medicine Sleep Center.

The current data suggests that the effect of chronic short sleep can cause increased inflammatory markers in the body. This result was found to be consistent with experimental studies involving the immune response observed in sleep-deprived people who were given a vaccine. These individuals were found to have a lower antibody response, and if exposed to the common cold virus (rhinovirus), they were more likely to contract it.

“Modern society, with its control of light, omnipresent technology and countless competing interests for time, along with the zeitgeist de-emphasizing sleep’s importance, has resulted in the widespread deprioritization of sleep,” said Watson.

This study provides further importance against the trend of sleeping being a low priority, as the evidence suggest that overall health and well-being can be significantly impacted if neglected.