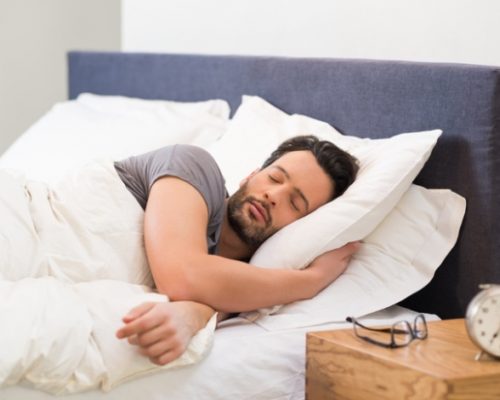 A new study has found that changes in sleep – sleeping too long or too short – can alter gut bacteria. Researchers suggest that these changes can contribute to metabolic conditions such as obesity, or type 2 diabetes.

For two nights in a row the men slept for only four hours. The researchers found that while gut bacteria diversity didn’t change, the intricate balance of the gut bacteria did change as a result of the deprived sleep. These changes are similar to what is seen among obese individuals.

Sleep-deprived participants were 20 percent less sensitive to insulin, too.

The researchers suggest that additional research is required to better understand how sleep affects gut bacteria and can contribute to metabolic syndrome. Study author, Dr. Jonathan Cedernaes, concluded, “Longer and larger clinical sleep interventions will be needed to investigate how, and to what extent, alterations of the gut microbiota may mediate negative health consequences attributed to sleep loss, such as weight gain and insulin resistance.”