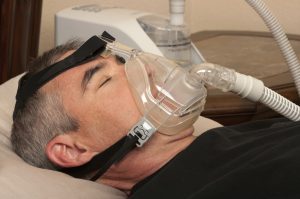 Sleep apnea is a sleep condition that causes a person to periodically stop breathing. The person may wake up fatigued, with a dry mouth or even a cough. There are two main types of sleep apnea: Obstructive and central sleep apnea.

Obstructive sleep apnea is the most common form where the muscles in the throat relax causing the cessation of breathing. Central sleep apnea is when the brain doesn’t send the proper signals to control breathing.

Sleep apnea can be quite serious, but can be easily treated. Sleep apnea has also been linked to many health conditions; the one most recently researched is Type 2 diabetes.

Sleep apnea and the increased risk of type 2 diabetes 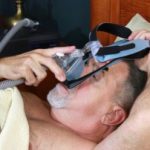 According to researchers at the University of Chicago, an estimated 57-million Americans are considered to have pre-diabetes. Researchers set out to determine a link between sleep apnea and diabetes, suggesting treating sleep apnea as a means to lower one’s risk of diabetes.

Because sleep apnea and Type 2 diabetes share many risk factors (being overweight for example) treating sleep apnea may also help the onset of diabetes.

For the recent study, researchers examined 39 middle-aged participants who were overweight or obese. Participants also had sleep apnea as well as pre-diabetes. By dividing the volunteers in two groups, some received treatment for their sleep apnea using a continuous positive airway pressure device (CPAP). This carried on for two weeks, eight hours a night. The other volunteers received a placebo pill that they took nightly.

Volunteers’ sleep was recorded over the two-week period in sleep facilities. The researchers also measured the glucose levels of each volunteer before and after treatment.

At the end of the study researchers found those who used the CPAP devices had greater improvement in their glucose levels in comparison to the placebo group. The results suggest people with pre-diabetes and sleep apnea can reduce their risk of developing diabetes by treating their sleep apnea.

Lead author, Renee S. Aronsohn, M.D, said, “Our findings have important clinical implications as they support the hypothesis that reducing the severity of OSA may improve glycemic control. Thus effective treatment of OSA may represent a novel and non-pharmacologic intervention in the management of type 2 diabetes.”

“Physicians who manage patients with type 2 diabetes should screen their patients for OSA. At least 80 percent of their patients, if properly screened and studied, will be found to have OSA, which is a treatable condition. Treating their breathing problem might improve their glycemic control and long-term complications from diabetes,” commented John Heffner, M.D., past president of the ATS.

If your doctor has raised concerns about being pre-diabetic, there are other steps you can take to ensure you don’t develop diabetes. Some of which include:

These are the fundamentals to a healthy life and avoiding a future diagnosis of diabetes. If you have sleep apnea, or are concerned you may have it, speak with your doctor about treatment options.