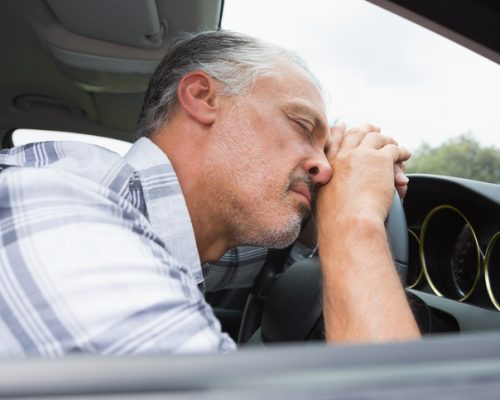 Patients with sleep apnea – a sleep disorder – are advised to take a driving test, as many of them have been found to drive erratically. The study found that sleep apnea patients were more likely to fail a driving simulator test, compared to people without the sleep disorder. Lane deviation specifically was a problem for these individuals.

Researcher Dr. Akshay Dwarakanath and colleagues wrote, “Worse lane position deviation is a marker of poor driving performance and this is significantly worse in [sleep apnea] patients who fail the simulator as compared to controls.”

The study included 129 adults with untreated sleep apnea and 79 adults without sleep apnea. All participants completed questionnaires about driving and were tested using a driving simulator.

It is well known that patients with sleep apnea are two to six times more likely to crash in a car accident than individuals without the sleep disorder.

The researchers added, “Comparing with controls may be useful in advising patients whether they are at increased risk of an accident.”

Roughly two to four percent of the general population have sleep apnea. The condition can be successfully treated, but the important first step is to get diagnosed. If your partner complains about your snoring or if you have high blood pressure, are overweight, or are constantly tired even after eight hours of sleep, see your doctor for a sleep test.

Frequent night awakenings and urination may be due to obstructive sleep apnea, not enlarged prostate