Home » Liver » Common health condition could be harming your liver 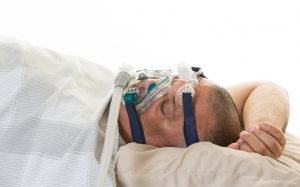 Liver may not be something you think about often, but it’s a very important organ responsible for over 500 different functions! With so much in tow, it really deserves to be taken care of – and to be taken seriously.

Your liver has to face many different threats. Alcohol consumption, toxins, poor diet, even extra weight are just a few examples. And now recent study findings suggest that a common sleep disorder may be adding to your liver’s distress, increasing your risk of liver disease and related complications.

Although the study was conducted on teens, the results may very well apply to adults, too. The researchers found that obese teens with non-alcoholic fatty liver disease (NAFLD) had worse liver scarring if they also had sleep apnea – a sleep disorder that causes stoppage of breathing throughout the night.

Lead investigator Dr. Shikha Sundaram said, “This really focuses on the role of oxidative stress both systemically and specifically in the liver as a driving factor of fibrosis and liver disease getting worse.”
Sleep apnea has been already known for its negative effect on the heart and the associated increased risk of cardiovascular disease.

Previous studies conducted on adults have yielded similar results, so researchers wanted to see if the impact of sleep apnea was similar in teens.

If you have liver disease and suspect you may be suffering from a sleep disorder, ask your doctor about undergoing a sleep test to confirm diagnosis. The earlier you receive the treatment, the fewer complications may arise later on.

The best foods for your liver

This is what your liver needs to stay healthy