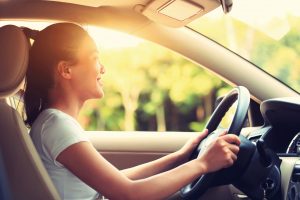 Although the windshield may protect you from UV rays, the same cannot be said for the side window, which has been shown to cause damage to your skin and eyes. For their study, researchers from California wanted to test the damage that could occur with sunlight exposure from a car-side window. Excess sun exposure has been long known to cause skin cancer and cataracts.

The researchers analyzed the ultraviolet protection of car windows in 29 cars from 15 different car manufacturers. The researchers also measured the levels of ambient UV-A radiation from the front windshield and the driver’s window in the cars produced between 1990 and 2014.

Dr. Doris Day, a dermatologist and skin cancer expert at Lenox Hill Hospital, commented, “The World Health Organization has designated all wavelengths of ultraviolet radiation as known carcinogens. While UV-B is a shorter wavelength of light and is blocked by glass, UV-A is longer and goes deeper into the skin – causing both skin cancer and premature aging as it breaks down collagen. UV-A also goes through glass, making it a potential issue for those who have daily commutes or spend extended periods in the car.”

Drivers should wear sunscreen as a mode of protection and consider installing a special window tint as a means to prevent exposure.