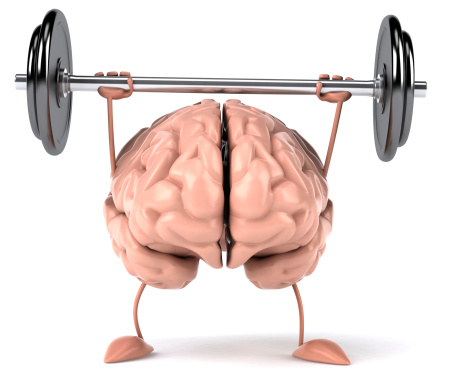 You might think that a larger brain equals a larger IQ, but findings from the University of Vienna suggest that brain size doesn’t matter when it comes to IQ. Early findings from the 18th century had researchers believing that a large brain meant a smart individual, but thanks to the use of imaging methods, we now know this isn’t necessarily the case.

Researchers conducted a meta-analysis between correlations of in-vivo brain volume and IQ. Data was taken from 148 samples from over 8000 participants. Dr. Jakob Pietschnig from the university said, “The presently observed association means that brain volume plays only a minor role in explaining IQ test performance in humans. Although a certain association is observable, brain volume appears to be of only little practical relevance. Rather, brain structure and integrity appear to be more important as a biological foundation of IQ, whilst brain size works as one of many compensatory mechanisms of cognitive functions.”

Brain structure versus brain volume can be seen among different species. For example, the sperm whale has the largest nervous system, but based on brain mass the shrew has the most control. Differences can also be seen between men and women; men typically have larger brains compared to women, yet globally there are no IQ differences between the two genders. Then there are individuals who have megalencephaly syndrome (enlarged brain volume) and yet they perform slower on IQ tests. Pietschnig added, “Therefore, structural aspects appear to be more important for cognitive performance within humans as well.”

The findings were published in Neuroscience and Behavioral Reviews.