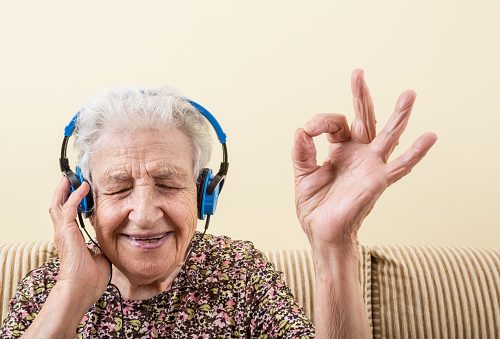 Researchers in Finland discovered that singing and musical activities are beneficial for memory and mood, especially in those with early dementia. The findings could help improve treatment for dementia patients and uncover specific usages for music at different stages of dementia to improve outcomes.

Eighty-nine dyads of people with mild to moderate dementia and their caregivers were recruited for the study. Participants either received 10 weeks of music coaching, which involved either singing or listening to familiar music, or they received standard care. Previous findings uncovered that musical activities were able to enhance cognitive skills. The recent study focused on who would benefit more from music.

Singing was shown to improve working memory, executive function and orientation in patients with mild dementia and those younger than 80 years of age. Listening to music was beneficial in those with advanced dementia, and singing and listening to music together was effective at alleviating depression, especially in those with mild, Alzheimer-type dementia.
“Given the increasing global prevalence and burden of dementia and the limited resources in public health care for persons with dementia and their family caregivers, it is important to find alternative ways to maintain and stimulate cognitive, emotional, and social well-being in this population. Our findings suggest that musical leisure activities could be easily applied and widely used in dementia care and rehabilitation. Especially stimulating and engaging activities, such as singing, seem to be very promising for maintaining memory functioning in the early stages of dementia,” said lead researcher Dr. Teppo Särkämö, Ph.D.

The findings are published in the Journal of Alzheimer’s Disease.