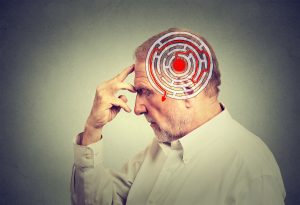 Silent stroke and Parkinson’s disease may be linked, according to research findings. A silent stroke does not present any outward symptoms indicating that it has taken place. It occurs when the blood vessel in the brain becomes blocked for a short amount of time. In most cases, patients won’t even know that they have suffered a stroke. Researchers found that a lasting effect of a silent stroke may be the death of dopaminergic neurons in the substantia nigra, which is an important area of the brain responsible for movement.

Lead researcher Dr. Emmanuel Pinteaux said, “At the moment, we don’t know why dopaminergic neurons start to die in the brain and, therefore, why people get Parkinson’s disease. There have been suggestions that oxidative stress and aging are responsible. What we wanted to do in our study was to look at what happens in the brain away from the immediate area where a silent stroke has occurred and whether that could lead to damage that might result in Parkinson’s disease.”

Brain changes were analyzed six days after the stroke. The researchers found that dopaminergic neurons had died.

Dr. Pinteaux added, “It is well known that inflammation following a stroke can be very damaging to the brain. But what we didn’t fully appreciate was the impact on areas of the brain away from the location of the stroke. Our work identifying that a silent stroke can lead to Parkinson’s disease shows it is more important than ever to ensure stroke patients have swift access to anti-inflammatory medication. These drugs could potentially either delay or stop the onset of Parkinson’s disease. What our findings also point to is the importance of maintaining a healthy lifestyle. There are already guidelines about exercise and healthy eating to help reduce the risk of having a stroke, and our research suggests that a healthy lifestyle can be applied to Parkinson’s disease as well.”

The researchers hope to set up additional studies to examine patients who had experienced a silent stroke in order to detect death of dopaminergic neurons.

A silent stroke is appropriately named as it does not present any obvious outward symptoms, so patients are often unaware that they had experienced a stroke. Roughly 12 million strokes occur annually, and 11 million of those are silent.

If silent strokes occur time and time again, it can eventually lead to memory problems and dementia as a result of the constant damage to the brain.

Unfortunately, the symptoms that do occur are often attributed to another issue, but if you experience a bad headache or migraine or feel extreme fatigue, these are most likely the signs of a silent stroke.

Because silent strokes can go undetected, taking preventative steps is crucial. Prevention of a silent stroke includes monitoring and controlling blood pressure and cholesterol, keeping your blood sugar under control, quitting smoking if you smoke, eating a healthy diet, exercising regularly, and maintaining a healthy weight.