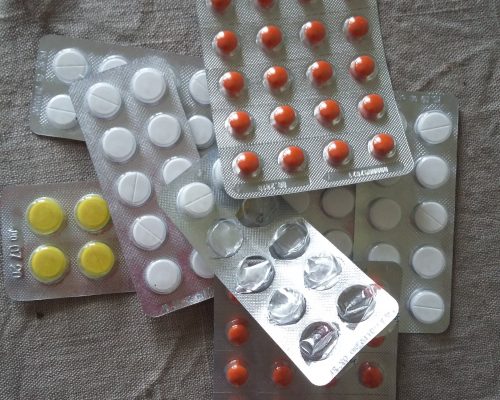 As we age, many aspects of our body begin to change, muscle mass included. You may find yourself unable to lift the same amount of weight you once could, and moving around may become more difficult as well. Nevertheless, maintaining healthy muscle mass in our later years is still an integral part of health and aging, so you should try your best to keep resistance training part of your routine. Unfortunately, though, if you take allergy medication, you may be speeding up the process of muscle loss without even knowing.

The researchers from the University of Oregon suggest that taking antihistamines negatively impacts your ability to recover from exercise – which can inhibit your muscle growth.

After a workout, over 3,000 genes in your body work to repair your muscles. But taking antihistamines these gene responses, thus halting the recovery and inhibiting the growth.

The researchers looked at 16 physically fit and active men and women who had to perform knee extensions at 60 percent of their peak power. Half of the participants took 540 mg of an antihistamine and the other half took 300 mg of a stomach medication that has antihistamine effects. It’s important to note that these dosages are greater than the normal dosage outlined on the packaging.

Blood flow, blood pressure, and heart rate were monitored during the exercise, and then biopsies from the quads and thighs prior and three hours after the exercise were studied. The antihistamines did not show to have any effect on muscles during the workout, but after three hours, 88 percent of the 795 genes affected by the antihistamines mostly responded with lower levels of expression. Essentially, these genes couldn’t function normally and promote muscle recovery as they were blocked.

Study author Steven Romero does suggest that you may not have to ditch the allergy medication quite yet. He explained, “We need to do a training study in which we put people on histamine blockers and see if their adaptations to exercise training are as robust or diminished. I also wouldn’t be surprised if we can demonstrate that some responses to exercise training do become blunted if you take high doses of histamine blockers.”

For now, stick with the recommended dose and don’t exceed this to minimize complications.